More than 10 wards reported coronavirus cases; Health Minister admits cases are happening and some have recovered 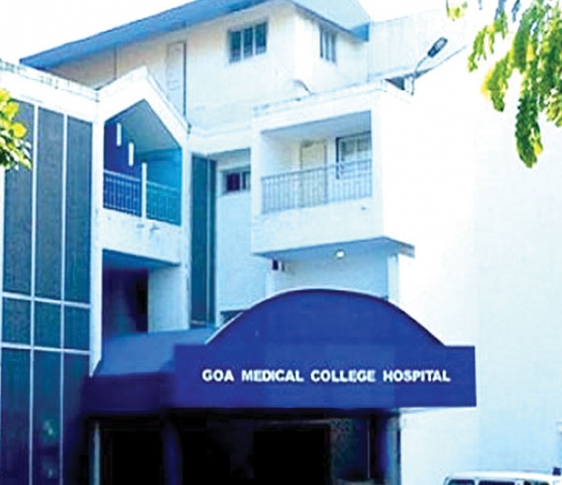 PANJIM: In a significant development, which could be a major setback to the State in terms of the fight against COVID-19, almost 20 doctors and 10 to 15 health workers connected to Goa Medical College have tested positive for the novel coronavirus.

Not just this, Goa Medical College, which is the last hope for Goans in case of any ailment, could be on the verge of a lockdown as information reveals that more than 10 wards have reported cases of COVID-19.

Sources revealed that up to now 13 departments of GMC are threatened by COVID-19 – including medicine, maternity, ICCU, CCU, surgery, neurosurgery, skin, paediatrics, dialysis and ophthalmology. Besides this, there are SARI/ ILI ward, isolation ward of COVID patients for GMC and so also one OPD for COVID testing. “This makes it that 13 wards are now threatened by the virus,” sources said.

Health Minister Vishwajit Rane when contacted said there have been a few cases at GMC but not the number that is being spoken about. “The cases have been happening and some have even recovered,” he said.

Sources revealed that 20 doctors, including three from Dr Edwin Gomes’ team, which held the baton initially at the ESI COVID-19 hospital, are infected.

Further, the official also said that the wards are being sanitised regularly but it becomes difficult with patients being admitted.

Asked how the COVID cases entered the departments, the official said that no testing was done for COVID-19 before the patients were admitted in the wards. “The hospital has started two screening points before casualty, but before admission the COVID-19 test has to be made compulsory at least on TrueNAT,” sources said.

As per sources, there are about 1500 beds in GMC and patients with low immunity and COVID-19 could turn into a disaster in the only government-owned tertiary hospital in Goa. Sources say if the cases continue, GMC itself could become containment zone.

Doctors speaking to Herald said that patients are tested before surgery but there have been cases wherein the patients tested positive after surgery. “Not much can be said or done about that,” the doctor said.

Sources revealed that workers of Sodexo, the agency supplying meals to patients at the hospital have also tested positive. “Now GMC itself is on verge of becoming a containment zone,” the doctor joked.

On Sodexo workers testing positive, Rane said, “I have no knowledge offhand to answer, will have to revert after inquiring.”