Decision on new dates will be taken after review in September; State to spend Rs 220 cr on conduct of Games 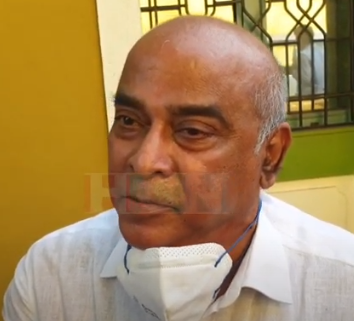 PANJIM: Owing to the COVID-19 pandemic throughout the country, the State government has decided to indefinitely postpone the National Games, which were scheduled to be held in October this year.

Speaking to the media, Sports Minister Manohar (Babu) Azgaonkar said that the Games cannot be held in October in the prevailing situation.

“Right now the Games cannot be held in October due to the COVID pandemic. However, a review will be taken at the end of September considering the prevailing situation then,” Azgaonkar said after the Games Organising Committee meeting at the Secretariat, chaired by the Chief Minister.

The Sports Minister said that if the situation improves by September, they can think about hosting the event in March or April next year.

SAG Executive Director V M Prabhudesai said that the State has so far incurred an enormous expenditure on development of infrastructure for the Games. “Besides this, another Rs 220 cr will be required for conduct of the Games,” he stated.

Azgaonkar added that the pandemic has spoilt everything. “Our players had a chance to do better at the national level. We have the best of facilities but we cannot do anything,” he said.

The previous edition of the Games was held back in 2015 in Kerala.

The upcoming Games, facing uncertainty for long, was originally scheduled for November 2018 but was postponed to April 2019. However, due to the general election, the government of Goa ordered another cancellation.

With the Games infrastructure nearing completion, the postponement is set to bring in big losses to the state government.

Last month, it had sought clarification from the Indian Olympic Association over the fate of the Games in the wake of the pandemic.