Cansarvarnem PHC needs to fly high before Mopa does

Six vehicles, including four hearse vans, are lying abandoned in a damaged condition at the Primary Health Centre; Locals request Health Minister Vishwajit Rane to upgrade the centre before monsoon with facilities such as medicines, ambulance services and more doctors 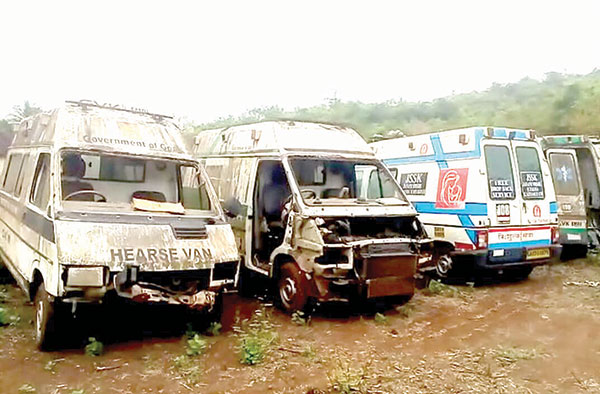 PERNEM: Six vehicles, including four hearse vans, are lying abandoned in a damaged condition, at the Cansarvarnem Primary Health Centre (PHC) at Purva. Not only these vehicles need attention but the PHC too needs to be upgraded with better medical facilities,  taking into consideration the development and increasing population of the villages surrounding the health centre in the next decade.

The upcoming Greenfield International Airport at Mopa, which will lead to an influx of people, the locals have requested that Health Minister Vishwajit Rane pay attention to the health centre and upgrade it before monsoons with better facilities such as medicines, ambulance services and more doctors. 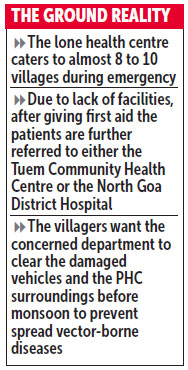 Mohan Sadekar, a villager said, “The Mopa airport is going to be operational in the next three months. Once the project is operational, there will be increase in population, so considering this and the development of the Pernem taluka especially the villages within the jurisdiction of this health centre, this centre needs to be upgraded.”

"We request the Health Minister to visit the health centre and understand the need to upgrade the same with good doctors, emergency vehicle services and other facilities", Sadekar said.

The villagers said this is the lone health centre that caters to almost 8 to 10 villages during emergency. However, due to lack of facilities, after giving first aid, the patients are further referred to either the Community Health Centre at Tuem or the North District Hospital.