Centre’s no to Ivermectin puts Goa in a bind 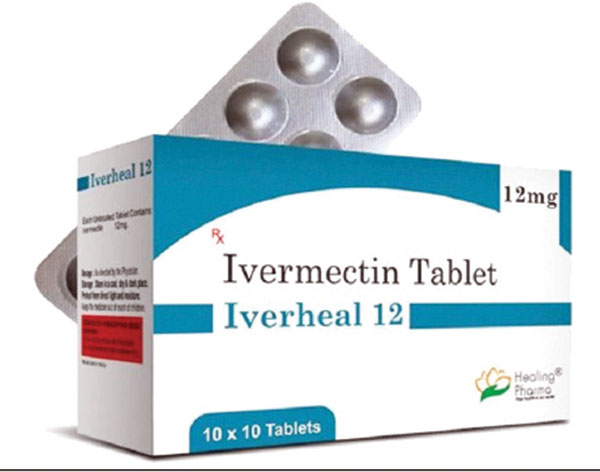 PANJIM: The Goa government that had managed to convince the High Court of Bombay at Goa over its controversial decision to distribute Ivermectin tablets, as a preventive medicine against COVID-19, is now in a bind after the Union Health Ministry’s Directorate General of Health Services (DGHS) dropped Ivermectin, Hydroxychloroquine and Favipiravir – three widely-used drugs – from its list of approved treatment options. 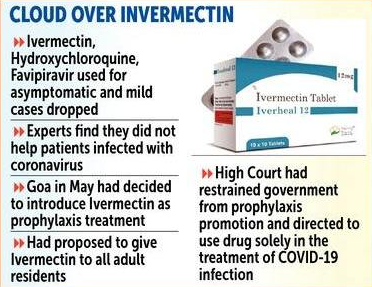 The three drugs – used for asymptomatic and mild cases – were removed from DGHS guidelines after experts found they did not help patients infected with coronavirus.

Speaking to media persons, Chief Minister Dr Pramod Sawant said he has sought details from the Health Secretary on the DGHS decision. “The Ministry must have proposed some alternative and we will look into that. I have asked Secretary Health to submit the details,” he said.

When asked whether the State has already purchased a bulk quantity of  Ivermectin tablets, Sawant said he will look into it. The Congress had alleged that government had procured tablets worth Rs 22 crore.

The State in May had decided to revise guidelines for the management of COVID-19 patients, with the introduction of a prophylaxis treatment, wherein it had proposed to give Ivermectin tablets, used to treat parasitic infections, to all adult residents as preventive drug or treatment against COVID-19.

However, the High Court had restrained government from its prophylaxis promotion and directed to use the anti-parasitic drug solely in the treatment of COVID-19 infection.

On the other hand, Health Minister Vishwajit Rane, who had been defending the decision claiming that the tablets have proved effective in studies conducted in many countries, refused to comment on the development.

A petition was filed in the High Court of Bombay at Goa challenging the government decision after World Health Organization (WHO) recommended against the use of the drug to treat COVID-19 patients except within clinical trials. However, the State claimed that the WHO opinion was flawed.