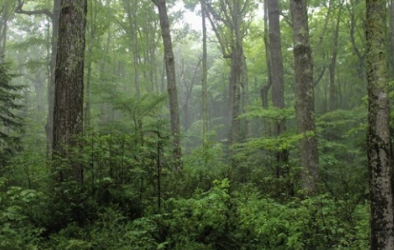 PANJIM: Amidst growing opposition to the proposed 400Kv power transmission line passing through the protected areas of Bhagwan Mahaveer Wildlife Sanctuary, the Central government has accorded final approval under the Forest (Conservation) Act for diversion of 69.41 ha of forest land.

The Bangalore Regional Office of Union Ministry of Environment, Forest and Climate Change (MoEF&CC) in a letter to Principal Secretary (Forest) Goa on November 19, informed of the Central government’s approval for Stage II - Section 2, under Forest (Conservation) Act 1980, for diversion of 69.41 ha of forest land in North Goa Forest Division for construction of 400kV Xeldem-Mapusa transmission line in favour of Goa Tamnar Transmission Project Ltd.

As per the Environment Impact Assessment (EIA) report, Section 1 of the transmission line falls in the lateritic plateaus habitat with west coast semi evergreen forest areas in the fringes. The transmission tower locations are in the forest habitat. This section requires 2.53 ha of forest land to be diverted.

Section 2 of the transmission line falls in the west coast semi evergreen forest, west coast tropical evergreen and the moist deciduous forest area. The tower locations are in the dense to very dense forest area. This section required diversion of 9.01 ha of forest land area.

The Ministry stated that Stage 1 of the project had received in-principle approval by the Central government on April 29, 2020. It said that the final approval for the project has been granted after careful consideration of the proposal by the State government.

The transmission line route passes through the Bhagwan Mahaveer Wildlife Sanctuary – intercepts in two sections. At first it enters BMWS near Surla village and then it enters again ahead of the Tambdi Surla temple and enters Karnataka, covering total 11.54 ha area.

A total of 25 transmission towers are to be erected in the entire stretch within the protected areas.

MoEF&CC, in a condition laid down, has directed the State to ensure successful raising of compensatory afforestation in double the extent of degraded forest land in Karwar, in Karnataka and its maintenance.

The State has to submit a compliance of raising compensatory afforestation within two years of the sanction of the project.

As per the EIA, the proposed transmission line project is estimated to acquire a total of 11.54 ha area of the sanctuary, which would result in the loss of forest habitat, change in species composition and change in abundance of faunal groups of the overall project area.