As ward no. 1 and ward no. 3 from where they won last time are reserved for woman and OBC respectively 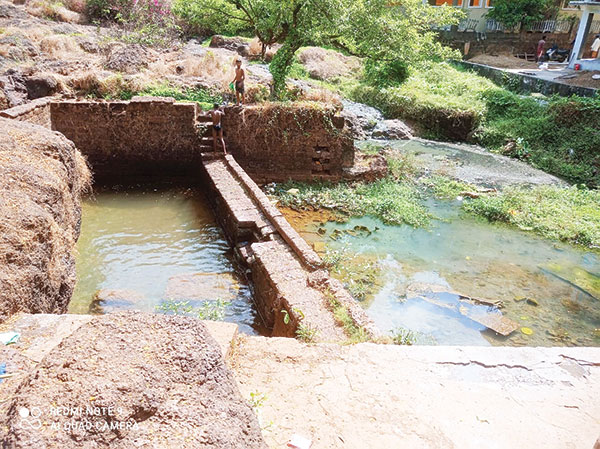 MAPUSA: Cunchelim ward no. 1, ward no. 2 and Dular-Karaswado ward no. 3 are located at the north east side of Mapusa. While the Cunchelim part of Mapusa is populated primarily by middle class people and migrants, Duler-Karraswada ward is inhabited by elite or the upper middle class population.

The Cunchelim Ward No. 1 was for the general during the last 2015 elections and Chandrashekhar Benkar had won the municipal election with 633 votes by defeating Anand Bhaidkar, however this time it is reserved for women. From Cunchelim Ward No. 2, Alpa Bhaidkar had won with 441 votes defeating Mangesh Harmalkar. In Duler-Karraswado, Martin Carrasco had defeated Sitaram Kanolkar 507 votes during the last elections.

During last election this ward was general however this time this ward is reserved for women.

This is the same ward where the Cunchelim football and cricket ground issue was raised by the people when local comunidade tried to convert the ground area into plots for residential / commercial projects.

Cunchelim ward no. 1 also faces the problem of open defecation apparently due to migrant Influence.

n Development of open spaces including beautification of stage near Narvekar house.

n Beautification of spring, develoment of nullahs and other.

Residents of this ward claimed that the ward member have failed to develop the ward during his five years term as the promises made are still not fulfilled.

This year ward no.2 is reserved for women while giving full chances to Alpa Bhaidkar to re-contest the municipal election.

The main issue of this ward is underdevelopment of Major District Road (MDR) as well as internal roads which the ward members completely failed to develop in last five years.

Area called Kumarwado in ward no. 2 does not even have tar road.

Locals said that development of roads across the whole ward was one of the promises that the elected member had made during last elections.

Residents also claimed that even being part of ruling government, they have seen very slow development of their ward.

This time ward no. 3 is reserved for OBC due to which Martin Carrasco can’t re-contest in this term. This ward is developed and has private hospitals, supermarkets, showrooms and more such. Corasco had managed to give good roads to the people.

Shortage of water is also one of the issues that is faced in few parts of this ward.

Last elected representative Martin Carrascoclaimed that he have taken up works of almost 70 lakh rupees in his wards during his last term which mostly includes development of roads main as well as internal road under municipal fund as well as Government and PWD fund.

While this ward does not have many issues to face, however the deciding factor behind electing a representative this time would be the character of the person contesting elections and it would be expected that the candidate will mainly maintain peace and harmony in the ward.