Unfortunately the Smart City Mission seems derailed. Rather than focusing on making Panjim a smart city, the Corporation of the City of Panaji (CCP) and other related government departments, especially the Town and Country Planning ( TCP) are focused on utilising the funds — regardless of whether it is a smart utilisation or not. Consider jobs such as getting the leaves removed from roads.

CCP Mayor Rohit Monserrate hired large number of sweepers to clean up the footpath and roads. In Campal, the situation is crazy, since foliage of ancient trees keeps on falling and these poor sweepers are seen busy throughout the day in the sun, collecting fallen leaves and collecting other garbage of the city. Abroad this kind of work is done with a special type of vehicle visually similar to that used at the airport to move the passengers’ baggage. 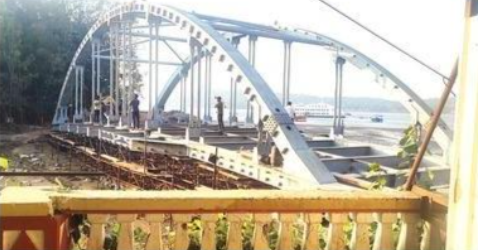 I understand the higher ups in the Smart City Committee are in a hurry to use the funds allotted by the Centre. So far what they could achieve are few pockets at Miramar, near the seashore after cutting the trees. The Forest Department and Goan administration appear to be bypassed. The overhead bridge near Sharada Mandir is still standing like a white elephant and there are no plans to dismantle it, although no children of Sharada Mandir and the public are interested to use it.

Now, another expensive bridge — ostensibly for cycling — is getting ready opposite the Inox complex. Apparently, there will be gaddas and the contracts for these are highly sought after as you can imagine. And the waste disposal will be easy — direct into the Mandovi River. Lesson learned from our casinos. And all this in the name of cyclists.

And let’s not forget the moon craters on our roads. The road from Tonca past the sewage treatment plant to the mall has become almost impassable and this has been the case for months now. This work is just not inconvenient but also dangerous. And now, near Don Bosco, just at the entrance of the school there is deep digging going on.

It is high time that the High court of Bombay at Goa ask the relevant authorities to produce an action plan of how the works are to be completed within two months so as to alleviate the difficulties being faced by the Panjimites for the last many months.

Citizens should not have to suffer just because the administration is trying to make a show of how all the money is utilised.