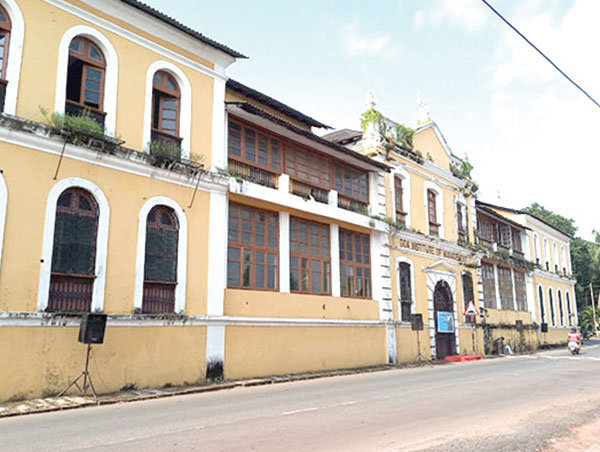 The residents of Ribandar have been constantly emphasising on the need for setting up a full-fledged healthcare centre at the Old Ribandar Hospital. However, till date the demand has not become a reality.

In fact, the residents at this jurisdiction as also people from surrounding areas were receiving yeoman service at this particular hospital in the initial stages.

Being a resident of Fondvem-Ribandar during my childhood days, I myself had availed benefit at this hospital on several occasions. Delivering due respect to the sentiments of local population, the proposed 30-bedded health care at this premises should be set up on priority basis.

Health Minister Vishwajit Rane should consider the above demand quite sympathetically and initiate quick favourable action in this direction without any further delay.

The much cherished dream of a full-fledged health centre with round the clock medical facilities should see the light of the day at least during the New Year 2021.

It would be worth to mention here about the plans in setting up an AYUSH and Yoga Centre at this premises. However, such a move needs to be condemned and opposed tooth and nail by public at large.

Of course, in unity lies strength and this has been amply depicted by the residents at Shel-Melauli in Sattari while opposing the proposed IIT project at their jurisdiction till date.

Following the footsteps, it is time for the people of Ribandar to remain united in continuing their genuine demand of having a healthcare centre which would cater to the medical needs of the locals and people from surrounding locations as well. Of course, this demand should not be overlooked at any instance but must be made a reality at all costs.