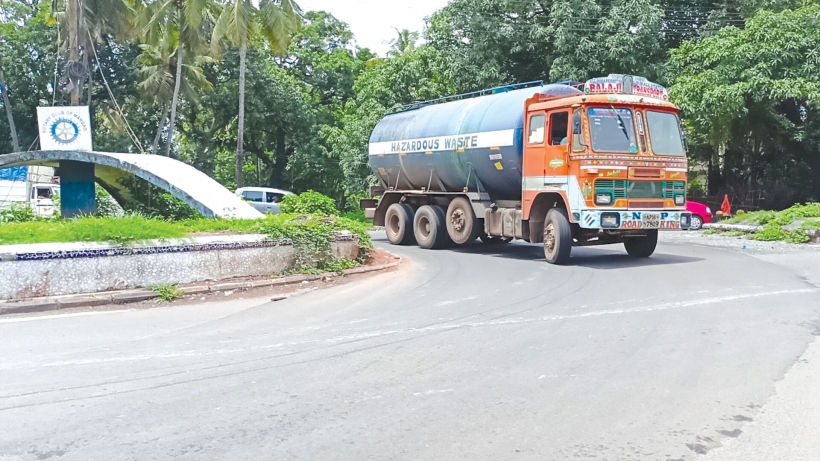 MARGAO: People of Rawanfond and surrounding areas in Margao have complained that the traffic island at Rawanfond junction is causing major hardships to the commuters and demanded that they come out with a solution at the earliest. The work of proposed overbridge near this junction is yet to start.

Citizens and local leaders have suggested that the size of traffic island be reduced as a temporary solution. Absence of proper traffic signboards is adding to the problems.

During the peak hours commuters have been complaining of massive traffic congestion. As a result of the narrow roads and a huge traffic island, motorists face hardships and are confused while at the junction.

Margao MLA Digambar Kamat is on record that the procedure of the proposed six lane railway over bridge at Rawanfond is at the final stage, and work will start once the tender is approved by the concerned authority. Locals hope that the over bridge will resolve the traffic issue at Rawanfond junction.

Herculano Niasco expressed frustration due to the traffic congestion over here and demanded the concerned authorities for a proper traffic plan for smooth movement of traffic.

"I am a regular user of this road and have witnessed major traffic congestion on an everyday basis. There is no proper management for the movement of heavy vehicles at the junction, as the narrow road and sharp turn makes it difficult to move forward", he stated.

He also informed that as a result of traffic congestion and huge traffic island accidents have been reported on a regular basis.

"We urge the concerned authorities to reduce the size of the traffic island for smooth movement of vehicles", he demanded.

It is pertinent to note that Goa State Urban Development Agency (GSUDA) has already completed the tender work with regard to the six lane overbridge and is now waiting for the government’s approval.