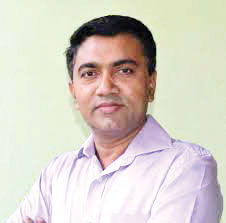 PANJIM: The Congress on Friday took a dig at Chief Minister Pramod Sawant for spending “huge money on horse-trading” of Congress MLAs but failed to provide good roads for the people of Goa.
Addressing a press conference in the party’s head office in the capital on Friday, AICC Secretary Krishna Allavaruji accused the State government for neglecting crucial issues like unemployment, lawlessness and potholed roads.
“We would like the CM to answer these questions of joblessness, lawlessness, slow growth, and finally on the condition of the roads. The CM is so busy spending money buying Congress MLAs in Goa that he does have money for the public. He should stop horse-trading and start doing public service,” he said.
The central leader cited an example that a distance which is usually covered within less than one and half hour is now taking more than two and half hours.
“The Indian Youth Congress and Goa Congress will take on BJP in the State and at the Centre in politics and we are sure to do a good job,” Allavaruji said.
Leader of Opposition Digambar Kamat, also present at the press conference, informed the reporters that a meeting of Goa Pradesh Congress Committee has resolved to celebrate the 150th birth anniversary of Mahatma Gandhi on October 2. The party leaders and office bearers have decided to hold a padyatra on October 7 from Ribandar to Old Goa near Gandhi circle as well as hold district and block level programs from October 2 to 9.
Related news