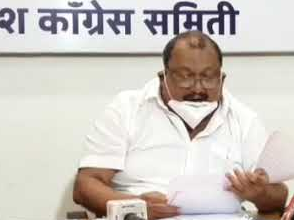 Panjim: The Goa Pradesh Congress Committee (GPCC) on Thursday expressed surprise and condemned the loot in procurement for COVID19.

In a statement issued on Thursday, GPCC spokesperson Trojano D’Mello says the report on a prominent daily regarding the exorbitant prices paid for various equipment for the purpose of fighting COVID-19, is shocking and deserves all condemnation as it is nothing short of a loot at a time using the sufferings of the people.

“It is shameful and exposes all those involved in the purchases that they can stoop to any level to fill their pockets. All this is being done since no formal/normal scrutiny of financial approvals are required as funds are being utilised from NHM/National Ayush Mission Funds, provided by central government for which Mission Director, National Health Mission and National Ayush Mission are empowered to approve,” he said.

He added that even the purchases of small consumable items have been bought in lakhs of pieces for a huge sum when the prices are much cheaper in the open market.

“The central government has purchased ICU ventilators for Rs 2.5 lakh each and the government in Goa, which has the same political lineage, has purchased the same for nearly Rs 8 lakh each. Whereas the same ventilators are available online for anything between Rs 1.5 to 3.5lakhs,” he said reacting to Herald report that was published on Wednesday, August 20, 2020.

He further stated that that all these purchases indicate nothing short of looting the government finances while the people of Goa are suffering during the COVID-19 pandemic.

“All this being done, in the face of the State, heading for bankruptcy. With such enormous expenditure instead of arresting the rise of COVID-19 cases and deaths, the situation is getting worse day by day. Congress condemns this loot using the sufferings of the people, and demands an explanation for the exorbitant prices paid out,” he added.