Crimes against women increased drastically in 2020 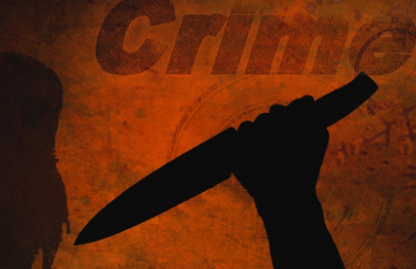 margao: The pandemic that forced people to remain at home resulted in an increase in crimes against women and especially domestic violence which more than doubled in 2020.

The domestic violence cases have doubled at the One Stop Centre Sakhi set up in Margao and nearly 30% of the cases reported here involved non-resident Goans getting physical and abusing their wives.

“This is a result of the pandemic because the men were not used to staying with their family for so long ,as usually they would stay for one or two months before going back to their place of work,” said Auda Viegas who manages the Centre.

The one stop centres are set up all over the country following the Nirbhaya case and the Justice Verma report and even the police are supposed to refer all cases against women to this centre. But the police are not sensitized enough is evident. At the centre 20 rape cases have been registered in South Goa, while according to the police 22 rapes were registered.

“Some police officers need to be sensitized about this though by and large the police are very helpful and guide the victims properly,” said Auda who admits that additional infrastructure needs to be put in place for the centre, which is supposed to shift to the paediatric ward of Hospicio, once the new District Hospital starts functioning.

All cases are referred to Hospicio for medical examination however four cases in 2020 had to be referred to GMC as the gynaecologist has been attending to Covid patients.  Auda added that the new premises are badly needed as they need to provide psycho-social counseling to the victims.

But what is alarming is the rapid increase in the technical rape cases where minor girls indulge in sexual activities with a minor or major male whom they consider to be their boyfriend. .

Besides, she referred to ‘many cases of minor girls conceiving’. “It is irresponsible to conceive when you are 16 years old but that is what is happening,” she said, while lamenting that there is no proper sex education given to children, which is why unsafe sex has become a norm.

Auda revealed that they get on an average around 10 cases per month of such technical rape and rued the fact that very often it happens under the parent’s nose as the boyfriend or girlfriend lives with the family.

“Prevention of Children from Sexual Offences Act (POCSO) should be stringently implemented in Goa to stop this trend,” opined Auda.

“Under the Act, no minor child can be kept in the house unless he or she is a blood relation of the family. “This will stop the so-called boyfriend or girlfriend from living with the lover in his or her house,” she argued.