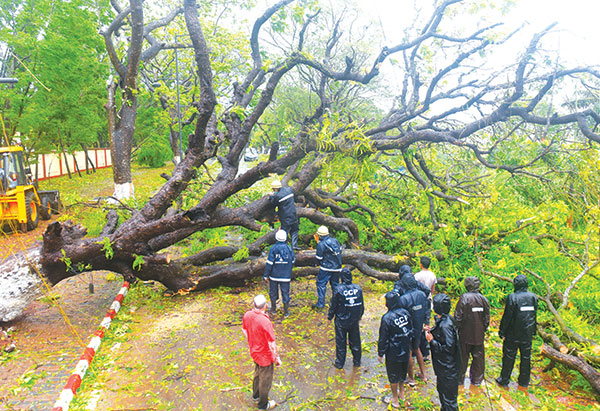 PANJIM: Heavy rainfall and fierce winds triggered by Cyclone Tauktae, left a trail of destruction in Goa as two persons lost their lives while over 500 trees got uprooted and damaged several houses, vehicles and blocked roads.

In view of severity of the cyclone, the airlines suspended their flights to and fro Goa with South Western Railway also suspending their services on Sunday.

"Squally wind speed of 80-90kmph gusting to 100kmph very likely along and off the coast of Goa on May 16. Cyclone is very likely to keep moving north, northwest and by late afternoon, its centre will be north-northwest of Goa state. But since the system is a very severe cyclonic storm, the gale winds will continue for almost the entire day and so will be the rainfall,” the MET department said.

Tree uprooting incidents were also reported along the Konkan Railway line around the Margao junction railway station, interrupting the journey of the Netravati Express.

Sea condition over east-central Arabian Sea was very high to phenomenal on May 16, Sunday and it will be the same over north-east Arabian Sea on May 17 and 18.

"Sea conditions will be very rough to high along & off Maharashtra–Goa coasts on May 16 and along and off north Maharashtra coast on May 17 morning," the MET Department said. 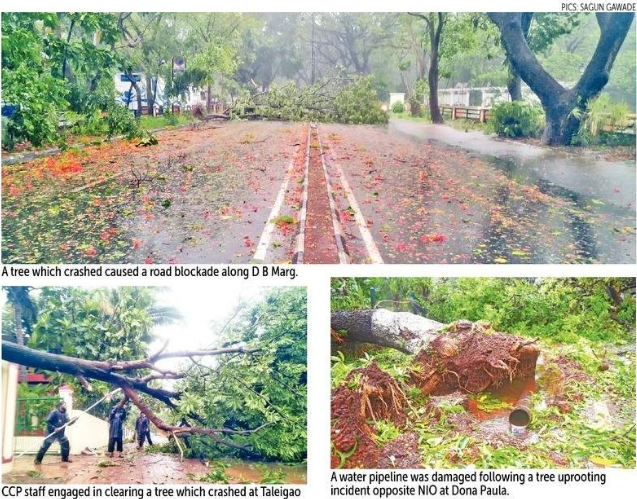 Fishermen have already been warned to suspend their fishing operations over east-central Arabian Sea and along and Karnataka-Goa–Maharashtra coasts.

Several places including low-lying areas were flooded. Many houses in low-lying areas and seaside were either fully or partially under water. Likewise, the roads were also flooded at many places.

The farmers also suffered major loss as the farms were submerged in water. Agriculture Minister Chandrakant Kavlekar has directed all zonal officers to visit and personally assess the loss, and submit a report to the department.