Most damage to power infrastructure; ` 4 lakh compensation to families of deceased 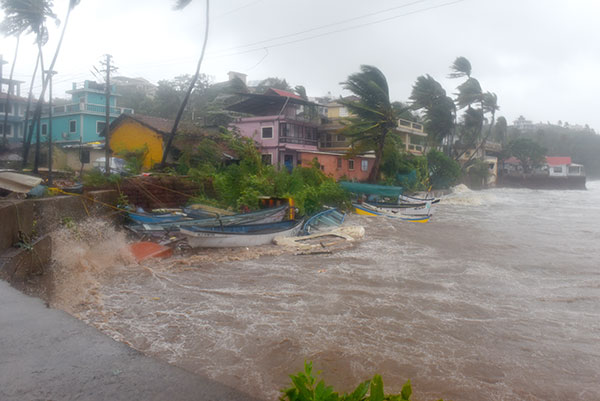 PANJIM: Pointing out that the State has suffered a loss of around Rs 40 crore due to the cyclone, Chief Minister Dr Pramod Sawant said that it will take another two days before essential supplies like water and power are restored across Goa. He added that these losses have been mostly incurred by the Power Department.

“It will take two more days for there to be normal smooth resumption of electricity and water supply,” Sawant said.

Sawant also announced compensation of Rs 4 lakh to families of persons who had passed away on account of the cyclone.

“We are extremely saddened by the loss of lives due to Tauktae cyclone in Goa. The government has sanctioned financial assistance of Rs 4 lakh for every family of the deceased due to cyclone in the State. My thoughts and prayers are with the bereaved families in this time of grief,” Sawant said on Twitter.

Against the backdrop of places like Taleigao, St Cruz, Mapusa and other parts of the State still not having power as on Wednesday morning,  Sawant reasoned that delays are because they are short staffed.

He added that they have been getting manpower from other States to handle the repair related works. He also added that Goans cannot do some of the manual labour required, such as rebuilding broken pillars, collapsed transformers etc and thus the requirement for labour from other States.

The Power Department had earlier stated that it had brought manpower from other States as well, some of whom were flown in by air.

“Power supply to Bardez will be restored by today (Wedenesday) evening or tomorrow,” Sawant said after having reviewed the damage caused in Bardez taluka.

He added that around 135 houses have been damaged in Bardez and that he has instructed the Deputy Collector to use funds from the District Mineral Foundation (DMF). “There has been widespread damage to property in the State,” he added.

He reiterated that the government is committed to help all those who had suffered losses due to the devastation caused by the cyclone and help them rebuild their houses.

Later in the day after his visit to Tivim and surrounding areas, the CM also visited Bicholim taluka to review what he described as ‘widespread damage to property’. Here too he said that another 135 houses have been damaged and he assured that the government will provide necessary relief to the families affected to rebuild their houses. 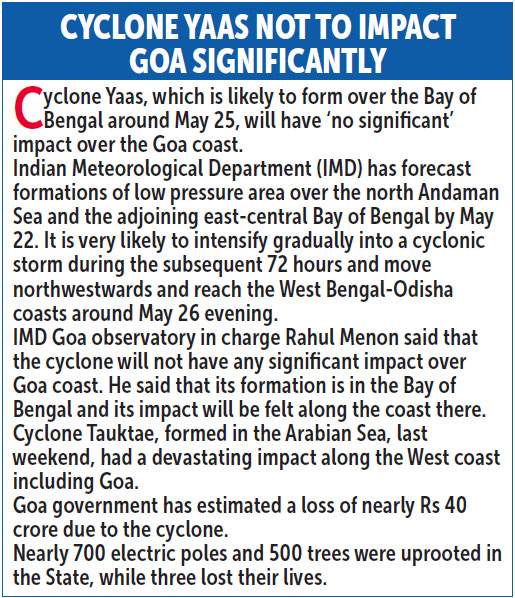