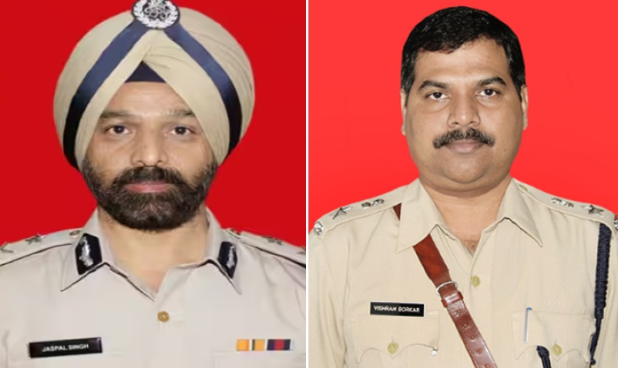 Both, Singh and Borkar are among 93 police personnel from across the country, who have been awarded President’s Police Medal for Distinguished Service.

Singh is IPS office of 1996 Batch from AGMUT cadre and has served in different components of the AGMUT cadre and in IB in different capacities with distinction. Mostly he has handled field assignments related to crime and law and order. He has handled two most communally sensitive districts of Delhi such as North East and central district and maintained communal harmony.

As Goa IGP, he had rendered commendable service during the first wave of Coronavirus and led his team in ensuring return of foreigners and migrant labour to their respective countries and States in coordination with the State administration.

Singh took charge as DGP of Goa on April 7, 2022 and was instrumental in preparing Special Branch Manual, A Coffee Table Book for Goa Police. Under his command, all national and international events were managed with aplomb

Singh has brought out a collection of poems on communal harmony titled "Aman ka Gehwara." He has also authorised two books namely `Digital Payments in India' and 'Fintech'.

Herald has published a news item under heading ‘Danson gave up his life to rescue Reshma from the fire, today Anjuna wants his bravery to be recognised” dated December 12, 2022.

Danson, 38, a resident of Pequeno Peddem, Anjuna was killed while trying to rescue a tea stall owner Reshma Uskaikar in a major fire on October 23, 2022. The tragedy had occurred on Laxmi Poojan day. He rescued the woman and while trying to douse the fire, the LPG cylinder exploded injuring him seriously. He succumbed to his injuries next day.