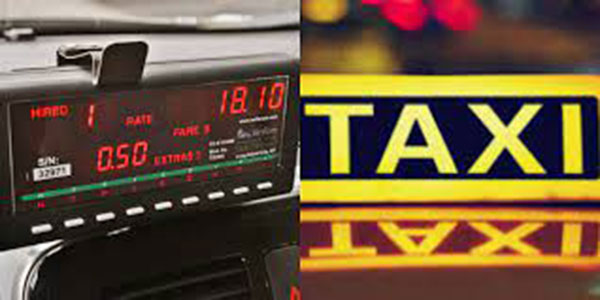 PANJIM: The All Goa Private Bus Owners Association spearheading the taxi operators fight against fitment of digital meters on Thursday reiterated their demand to scrap digital meters and Goa Miles and to instead develop app based billing. The association also announced that taxi operators will relaunch their agitation from October 2.

All Goa Private Bus Owners Association general secretary Sudip Tamhankar said that taxi operators are opposed to the fitment of meters and that they will chalk out their future plan of action after the Ganesh Chaturthi festival.

Tamhankar said that Chief Minister Dr Pramod Sawant had assured them that he will take them into confidence before taking a decision. But said that the Chief Minister failed to do so and hurriedly took a decision much to the annoyance of taxi operators.

According to Tamhankar nowhere in India, all-India tourist taxis are fitted with digital meters and meters are of no use while travelling in other States. He slammed the Chief Minister, Transport Minister Mauvin Godinho and Ports Minister Michael Lobo for wasting public money of Rs 34 crore to provide free digital meters which the cash-strapped government could have saved.

Tamhankar said that the GoaMiles taxis are also classified as motor cabs and therefore they too should fit digital meters. He further said that the Goa Lokayukta had asked the government to investigate how Frotamiles has been converted to GoaMiles service. He also alleged that Goa Tourism had committed as many as 20 illegalities while floating the tender and argued that the tender was for developing Mobile App and not for taxi service. 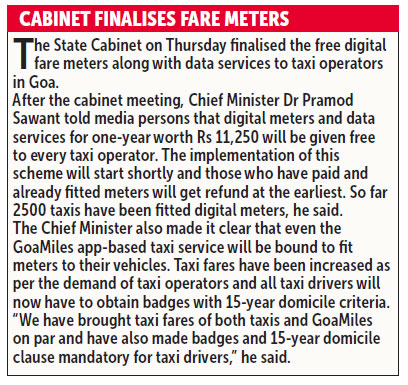