They added that they had not seen the copy of this High Court order. 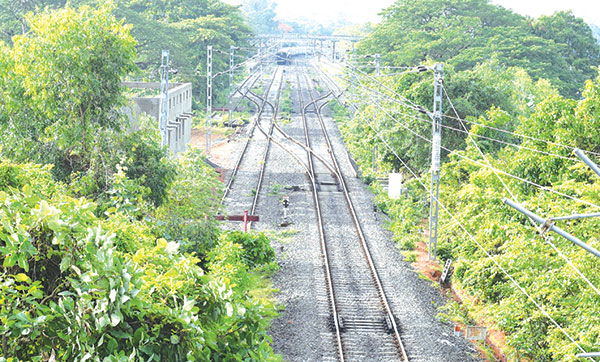 MARGAO: The High Court’s dismissal of a petition filed by residents and activists from Chandor and Guridolim against the double-tracking project in Goa has sent ripples of fear and anxiety through other petitioners trying to stop the work underway on the controversial railway project.

Goencho Ekvott (GE) has issued a cautionary statement, expressing hope that their ongoing legal battle in the HC against the double-tracking project will not be affected.

GE on Friday stated that this development had caused disbelief amongst the villagers, especially those living alongside the existing South Western Railway (SWR) tracks.

They added that they had not seen the copy of this High Court order.

“However, Goencho Ekvott would like to inform the public that there are two independent Writ Petitions that have been filed by the affected villagers of Pale, Velsao and the village Panchayat of Velsao-Pale-Issorcim, before the High Court. These are pending. To our knowledge, the grounds for these two petitions are not the same as the grounds for the recently dismissed Writ Petition pertaining to the Chandor and Guirdolim area,” said Orville Dourado Rodrigues, GE founder member.

“Our legal team is seized of the matter, and we have faith that our judiciary will do due diligence and grant the people of Goa the much-deserved justice, considering the epoch-making judgment of the highest Court in the land, the Supreme Court, which has ruled against the double tracking through Goa,” Rodrigues added.

He further pointed out that the SC had recommended that the Railway Authorities use the existing port and railway infrastructure at Krishnapatnam on the East coast of India to transport coal to the hinterlands of Karnataka and Maharashtra, as it is more economically viable.

“Goencho Ekvott reiterates its stand that the Mormugao Port Authority (MPA) should have a dedicated cruise terminal of international standards alongside a Container Terminal to facilitate the export of pharmaceutical goods processed at the nearby Industrial Estates at Verna and Corlim, boosting the local economy in terms of employment, with locals being the primary beneficiaries,” Rodrigues added.