75 years on, an artisan community struggles to survive

The Dalit bamboo artisans of Demani, Cuncolim, are in much demand by the same society that fails to recognise them 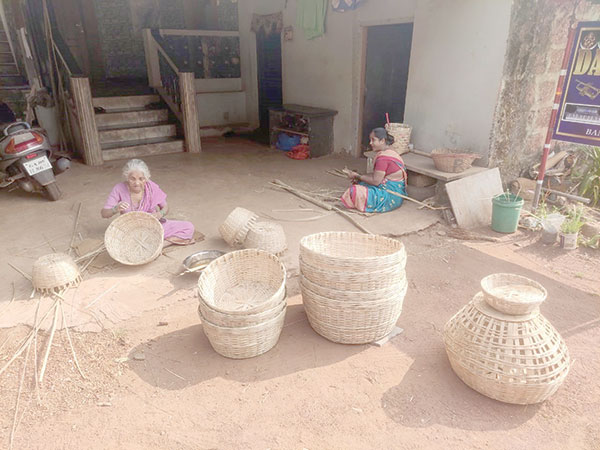 CUNCOLIM: Close to 75 years ago, soon after India’s Independence, four families of Dalit bamboo artisans left their native Maharashtra and arrived in Goa in search of a better life. They had the talent and skill which they hoped would stand them in good stead here, and many of them ultimately settled in huts along the NH 66 near Demani in Cuncolim. Seven decades later, not much has been looking up for these scheduled caste (SC) artisans as they struggle to make ends meet by that very same highway.

The growing community, whose 150 members use the family names Jadhav and Mane, hasn’t even been able to reap the government’s SC reservation facilities as both these surnames are also common among the Marathas. Some local organisations have even contended that they are not eligible for SC status in Goa as they aren’t Goans.

“We’ve accepted Goa as our motherland, but we are not being accepted here and are being denied our rights and facilities. Aren’t we Indians too?” a young member of the Mane family says. “Unfortunately for us, we aren’t a vote bank for any politician and have no one to fall back on for support.”

Ironically, while the authorities concerned refuse to give them due recognition, these bamboo artisans are much sought after for the variety of articles they produce, including the ‘khotlo’ or ‘shempul’, ‘vojhe’ or ‘pidoli’, ‘kurpono’, ‘supli’, ‘supp’, ‘hatri’ or ‘dali’, ‘hator’ and ‘koddo’, among others.

“Who is the chief minister? What is reservation? What are the benefits due to us? I know nothing about this,” says 85-year-old bamboo artisan Rukhmai Mane, as her frail hands work slowly on a ‘dali’.

In the early years, when fishing and farming were the mainstays of the fledging Goan economy, bamboo products had great demand as plastic and readymade tools had yet to be introduced. The Mane and Jadhav artisans recall how they would do brisk business catering to the requirements of fishermen and farmers and even offering to repair their bamboo tools.

Their fortunes, however, dipped after industrialisation, forcing the bamboo artisans to diversify to stay afloat. So, they tapped their skill for music and formed brass and banjo bands. They found great demand during Hindu weddings and other cultural and religious events. But as luck would have it, the advent of DJs and pre-recorded music slowly but surely phased them out, prompting them to weigh their options once more.

Presently, some of the community’s youth drive autorickshaws while others work as labourers. And whenever there is demand for bamboo articles or a band, they take those up too, just to earn some additional income and hope that better days are not too far off.