Living to serve and save lives

Dr Vishnu Vaidya shunned the lure of setting up an urban clinic after his retirement, choosing instead to serve the people of his native Sanguem 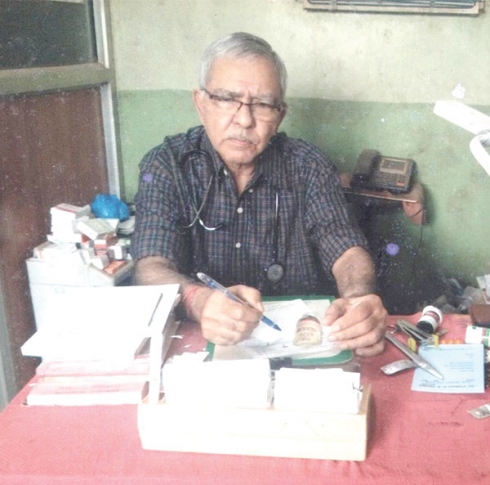 SANGUEM: He may be in the evening of his life, but that hasn’t stopped 71-year-old doctor Vishnu Vaidya from offering crucial medical treatment to the people of Sanguem, Curchorem, Sanvordem and Quepem, particularly those who are financially weak.

With the bare minimum medical facilities available at Sanguem, including at the Sanguem primary health centre, the locals there are heavily dependent on Dr Vaidya for treatment and medical opinions, considering his wide experience both as physician and surgeon.

It wasn’t all easy going for the good doctor, though. In quest of a decent education, he decided to stay with his aunt at Panaji from his secondary schooling period right up to the time he completed his MBBS. The death of his father when he was just 18 years old posed another setback to the young man.

Dr Vaidya, however, went on to serve as a government doctor for 26 years. Upon his retirement as medical officer in 2001, he chose to set up a private dispensary at his home in Sanguem’sDando with the sole motive of serving the people of his village and offering quality medical treatment to all, without discrimination.

In fact, when he first started out his private practice, his consultation fee was just Rs 2 and has risen only marginally to Rs 100 over the years. Senior citizens and economically backward patients are treated free of cost or get heavy discounts on their consultation fees. 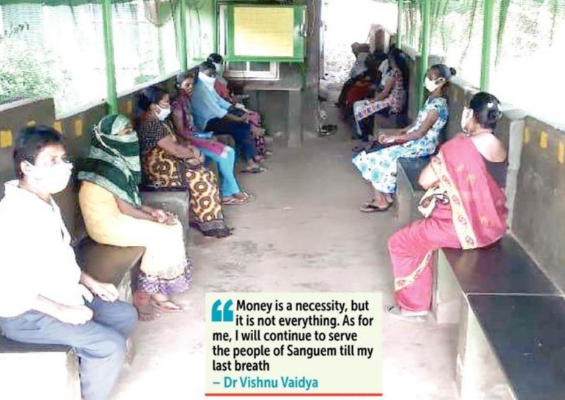 Just like many other doctors in Goa’s remote villages, Dr Vaidya would go on home medical visits at no extra cost, until age and ailments caught up with him. Recalling one such visit to the remote Verlem ward in the village of Neturlim, he said, “After safely conducting a home birth, and having dinner offered by the grateful family, I was returning home on a truck. However, after covering some 7km in thickly forested area, the driver halted and said we would have to spend the night in the truck as three bison were seated in the middle of the road. I got home only by 8 am the following day, much to the relief of my anxious family.”

Dr Vaidya presently treats no less than 80 patients daily on appointments. Just two years ago, this figure was 200 a day – 100 patients each in the morning and evening sessions.

After having restricted the number of patients to 40 per session due to his ill health, there were incidents of some people cashing in on this by visiting his dispensary at daybreak to take 5-6 appointments and then selling these at high sums to patients in need. An irate Dr Vaidya immediately put an end to it once he learned of the malpractice.

“Money is a necessity, but it is not everything. As for me, I will continue to serve the people of Sanguem till my last breath,” the magnanimous doctor said.