Farmers at IIT site simmer with anger due to police harassment 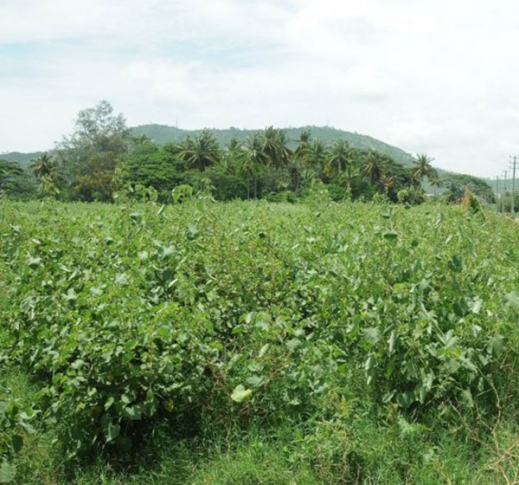 SANGUEM: Anger is simmering amongst farmers in Cotarli, at Sanguem due to the alleged harassment faced by them at the hands of policemen deployed at the proposed IIT, who have turned the site virtually into a fortress.

Except for validated farmers, no other person is permitted entry inside the proposed site.

The farmers are sore over the government’s decision to restrict their entry to their fields and other agricultural plantations.

“The policemen deputed at the entry point to their farmlands and paddy cultivation, are not even allowing the farmers to take their two-wheelers inside the proposed site despite our old age. The farmers are directed to keep their two-wheelers outside the proposed site and then proceed to their farmland and other agricultural plantations in the area,” a local farmer, Anthony Cruz said.

“This has hampered our agricultural activities as we are unable to take fertilizers and other farm materials to the farm lands as we cannot take heavy loads on our heads due to our old age,” he added.

The farmers also informed that while Sanguem MLA Subhash Phaldessai had assured that no farmlands other than those owned by the Government of Goa will be acquired for the IIT project, the surveyors involved in the demarcation process have been allegedly found to be surveying adjacent areas.

“The authorities however denied there being any plans to acquire any private land other than the property which stands in the name of the Government of Goa,” he said.

Herald inquiries revealed that out of 9,13,000 sq meters of the proposed site for IIT which is in the name of the Government of Goa, an area of around 3,15,000 sq meters is covered by a hill in addition to another 46,000 sq meters which has been encroached. This leaves the government with only 450000 sq mtrs of plain land for the project.

The demarcation process which commenced on July 29, is still going on and is expected to complete in the next few days.

A local Milton Fernandes informed that police questioning the farmers while entering their farmlands is highly unwarranted.

Meanwhile, the opposition to the IIT project is likely to take a new height as the farmers are slowly garnering more support, with NGOs joining in.

Prasad Naik who is supporting the IIT project, is however of the opinion that the police have been deployed to avoid any conflict  between the farmers and government authorities undertaking the survey operations at the IIT site.

“MLA Subhash Phaldessai has offered compensation to any farmer whose land falls within the proposed site. But so far there has been no takers for it,” Naik added.