Filing of nominations still to pick up pace

15 candidates submit papers on Day 2 of the process; Last date for nominations is Jan 28 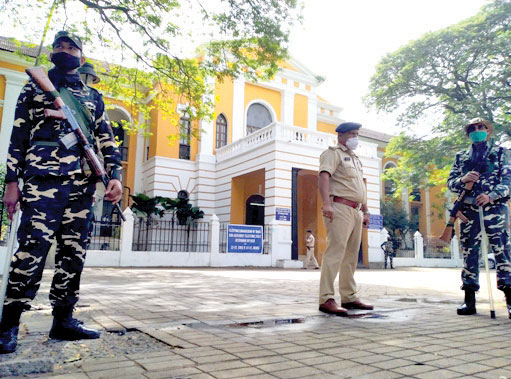 With just three days more for the process, as the last date is Friday and Wednesday is a public holiday due to Republic Day, filing of nominations is expected to pick up pace.

On Monday, those who filed their nominations included Minister Mauvin Godinho from Dabolim (BJP) and MLA Ramakrishna Dhavalikar from Marcaim (MGP).

BJP’s Rohan Khaunte filed his nomination from Porvorim along with his dummy candidate Neelam Khaunte. Nilkanth Halankar (BJP) has also filed from Tivim and Subhash Shirodkar (BJP) from Shiroda.

The others who submitted their papers were MGP’s Pandurang Dhavalikar from Priol, Naresh Sawal from Bicholim and Ketan Bhatikar from Ponda.

The last date for nomination filing is January 28. Scrutiny will take place on January 29 and withdrawal of nominations, if any, will be allowed on January 31.

The polls across 40-assembly seats are scheduled on February 14.