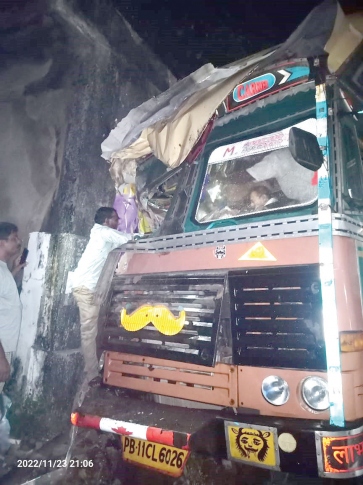 PONDA: Fire personnel team rescued a driver trapped in a truck cabin after an accident at Mansawada, Kundaim Junction in the wee hours of Thursday.

It is learnt that the driver lost control over the vehicle and dashed against a retaining wall of the two lane road following which he was trapped in the cabin. Luckily he sustained minor injuries.

Earlier last month a truck was involved in a similar accident and dashed against a car after hitting the retaining wall. This spot is an accident prone zone and so far several fatal accidents have been reported.

Locals have demanded to divert NH traffic through the two lane passing from village instead of allowing it though Manaswada junction which poses risk to locals.