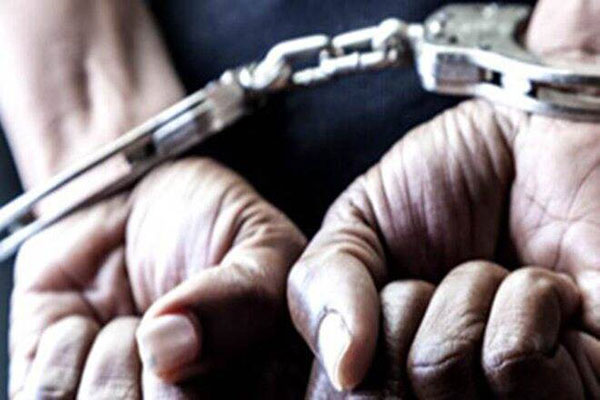 PANJIM: After a three-day chase, North Goa Police finally made a breakthrough in the Vilas Mhetar murder case with the arrest of five persons, including a native of Maharashtra. Two of the three arrests were made with the help of the police in Sindhudurg, further leading to arrests of the remaining three.

Vishwajit Dabolkar, Pawan Bhadigar, Khayat Sheikh, Altaf Yargarli and Iqbal are the five persons arrested for their involvement in the gruesome murder case. While Bhadigar, a Maharashtra native, and Dabolkar from Anjuna were detained by Sindhudurg Police early Saturday morning and handed over to Goa Police, the other three arrests were made later in the day.

As a large scale manhunt was launched soon after formation of special teams, the two accused had absconded.

However, the intelligence team managed to track the location of Dabolkar and Bhadigar and intimated Sindhudurg police for assistance. “The suspects were tracked at the given location and were immediately taken into custody by Sindhudurg police. They were handed over to the Porvorim police for further investigation,” a reliable source said.

Earlier, the North Goa Police had formed over half a dozen teams headed by Police Inspectors of their respective police stations and Crime Branch, a day after Mhetar was burnt alive by two unidentified men at Torda on October 14.

A real estate businessman, who had been on the radar of the police from the first day of the probe, was also interrogated by the local police along with his relative – also in the same profession. 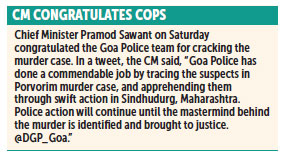 Before zeroing-in on the five men, police teams questioned several suspects. Reliable sources said that the investigation had briefly taken a different turn. “The victim was often threatened by a real estate businessman for exposing the latter’s alleged illegal projects. Mhetar would actively report about the illegalities to the local panchayat and action would follow. After his death, the police did look at this angle but for a moment, the probe also looked into personal issues. Finally, the suspects were arrested,” the source said.

The police are, however, yet to reveal the motive behind the brutal crime. Police teams are also ascertaining role of the two men who threw kerosene on the victim and lit fire.