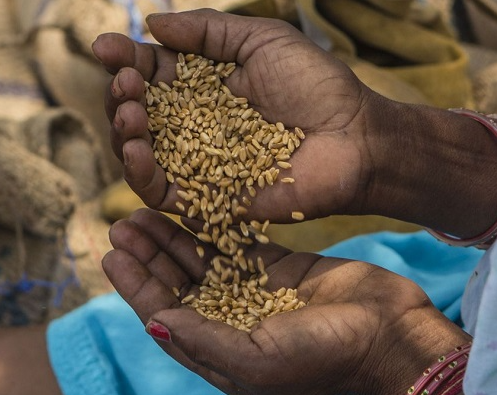 PANJIM:  In pursuant to announcement of Pradhan Mantri Garib Kalyan Anna Yojana (PMGKAY) by the Prime Minister, to ameliorate the hardships faced by the poor and needy due to various disruptions caused by the resurgence of COVID-19 in the country, the Union Ministry of Consumer Affairs, Food and Public Distribution has started implementation of the scheme for a period of two months (May and June 2021).

Under the National Food Security Act (NFSA), the poor and vulnerable beneficiaries will not suffer on account of the non-availability of food grains during the unprecedented time of crisis.

Food Corporation of India (FCI) has already positioned sufficient food grains in all States/Union Territories (UTs) for successful implementation of the scheme and started supplying food grains to them.

Till May 3, 28 States/UTs have started lifting from FCI depots and 5.88 lakh metric tonnes (LMT) food grains have been supplied for further distribution to beneficiaries.

The Centre gave updates on directives to various States. In that, they informed that Goa, Madhya Pradesh, Manipur, Nagaland, Odisha and Puducherry have been sensitised to immediately start the lifting under the said scheme and the same is likely to be accelerated in coming days.

The States/UTs have also been advised to encourage migrant NFSA beneficiaries for using the facility of portability under One Nation One Ration Card plan. The Government of India will bear the entire cost on implementation of PMGKAY (May-June 2021) scheme, without any sharing by States/UTs.

Under this special scheme, about 80 crore NFSA beneficiaries covered under both categories of NFSA, namely Antyodaya Anna Yojana (AAY) and Priority Households (PHH).