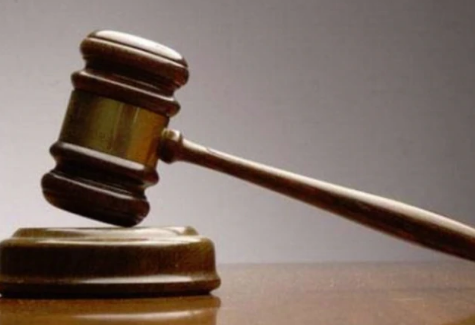 PANJIM: At least four criminals, allegedly involved in a shootout case in St Cruz, are facing externment proceedings within the North Goa jurisdiction.

Infamous history-sheeter Zenito Cardozo, Samuel D’Souza and Alex ‘Ronny’ D’Souza -- all charged for attempted murder -- and Marcelino Dias charged with murder are among the dreaded criminals likely to be externed as North Goa police have submitted a watertight case against them following gun shots and sword attack on the night of June 20, 2020.

Another history-sheeter Imran Bepari, who was the target on the June 20 night, is also facing externment proceedings before the North District Magistrate.

Currently in the police lock-up for allegedly assaulting his rival Anwar ‘Tiger’ Shaikh in broad day-light at Fatorda last week, Imran has a long list of criminal cases.

Of 14 criminals being tried before the District Magistrate, Imran has the second highest 14 cases pending investigation/trial under Indian Penal Code and Goa Children’s Act. He is also booked in two Chapter cases. Alleged accused Deepak Arondekar has maximum 20 IPC cases against him.

Information with Herald reveals that the police sought to initiate externment proceedings against Imran on July 14, 2020, nearly a month after his house was attacked by over a dozen gangsters during the late hours of June 20. Zenito, Marcelino, Alex and Samuel are facing trial soon after the attack that accidentally killed one of their own gang members Sonu Yadav.

In the recent past, only one criminal Swapnil Parab has been externed for the north jurisdiction for two years. The order was pronounced on January 22, 2021. Known to be an active criminal having serious crimes registered against him at Pernem Police Station, Porvorim PS, Ponda PS and Mapusa PS; Swapnil is booked in 10 IPC cases and two Chapter cases.

Three other accused -- Ganesh Panjal, Rahul Yadoli and Javed Bepari have managed to get bail by assuring “good behaviour” in their respective affidavit before the magistrate. The six months bond has been signed in August-September 2020.