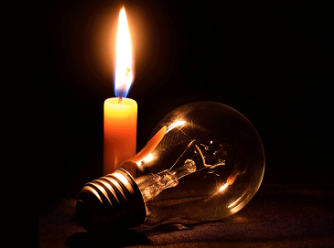 PANJIM:  Residents across the State are grumbling in frustration suffering constant power fluctuations, and power cuts for several hours.

Many of them point out that this is happening when the State is approaching the summer season as opposed to the monsoon period when such power cuts are a regular occurrence.

“It is affecting our sleep cycle as it goes off at night and then doesn’t get restored anytime soon,” said Cyril Fernandes, a senior citizen from Panjim.

Ravi Kakode from Margao, a service professional who has been working from home, expressed concern over his electrical appliances which he felt could get affected with these fluctuations. In the past, his appliances have stopped working due to power surges.

“The amount we pay for power has increased and this is the situation now. Almost every day there is a power cut. There are some houses that have inverters and power backups but not all have such facilities,” said Punit Faldesai, an entrepreneur from Cuncolim.

The business community too are not pleased with the developments and say whatever power back up like inverters etc is also paid for.

A businessman from Vasco, who owns a cold storage unit, lamented that they are paying for the use of generators. Speaking on the condition of anonymity, he pointed out that they need power at all times to preserve and store their goods, he added that they are using the generator for a longer period than anticipated and hoped the power supply would be more constant.

The student community also have been affected and power cuts are interrupting their online education sessions.

“Since the lockdown there has been an emphasis on online platforms. The kind of platforms and software may vary but the devices through which we access them needs power.  Sometimes when we keep these devices for charging there is no power or sometimes during the sessions, when we plug the device for charging, there is no power,” said Rosy Almeida, a college-going student from Porvorim.

The power department officials said that if there are complaints from specific areas, they look into it and that besides that, they are monitoring the situation. They also pointed out that maintenance works are continuously taking place at various places.