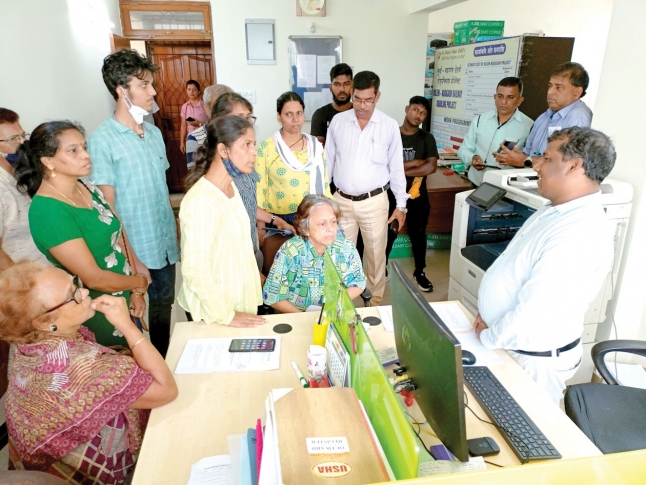 As informed by Abhijit Prabhudesai, one of the GKN leaders, the GKN has also sent the memorandum to South Western Railways through Speed Post and demanded to stop all works in Vasco-Kulem section of the proposed double tracking of the Vasco-Hospet railway line.

The GKN has also hinted of starting the agitation yet again if the railway authorities fail to stop the works immediately.

"The Chief Minister failed to issue the stop work orders of the double tracking of railways, despite giving promise to the people and members of GKN. Shockingly, the works pertaining to the same is going on through fast track. It seems that the coal companies have kidnapped the Government of Goa," alleged Prabhudesai.

He further alleged that the State government does not exist at all and hence the people of Goa are executing the stop work orders.

“This stop work order is as per the Constitution and by obeying the laws. Now, they need to stop all the works pertaining to the double tracking in Goa immediately. We have even mentioned all the valid reasons in issuing the people’s order,” he stated.

He is of the opinion that the railway authorities should execute and implement the people’s order by giving due respect to the Constitutional rights.

"Yes, we the people have taken the government in our hand, as the Chief Minister failed to act upon the demands. We will act accordingly, but peacefully, if the railway authorities fail to implement the stop work orders," Abhijit said.

In the notice served to the Railway Authorities, the GKN has stated that almost all the traffic from Mormugao to Hospet is for coal transportation and it is stated on record by the port authorities and ministers that coal imports are to be reduced in the future.

“Over 80 per cent of the rakes from Hospet to Mormugao run empty causing huge losses to the Nation. The coal is being transported from Mormugao by private corporations, purely for private profit, with no public or national interest at all. The coal being imported is sought to be burnt in steel plants in poor villages in northern Karnataka to produce steel from the high-grade iron ore found in the Hospet-Bellary belt, polluting our country, robbing our children’s finite wealth and sending it to foreign nations for their consumption, totally against public interest, national interests and global interests,” the GKN stated.