State weathered rain havoc coupled with overflowing rivers and their tributaries that breached the banks, took villages under their wrap, flooded roads, submerged houses and damaged fields. Owing to this flood-like situation many villages had to bear power cuts and drinking water scarcity 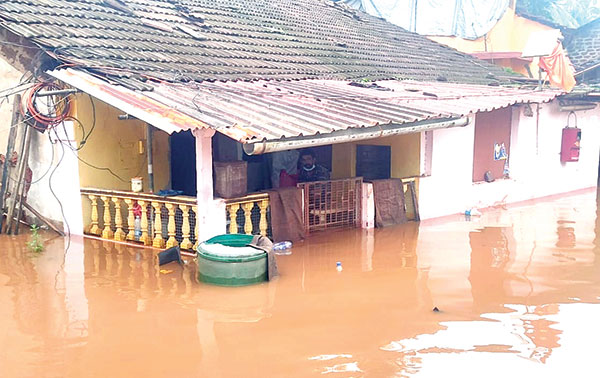 Water released from the Tilari dam of Chapora River flooded Camurlim, Colvale, Revora, Ranye’s Juve Island, Nadora and Siolim. It submerged agricultural lands, roads and houses while throwing common prople’s life out of gear. Several people were rescued and shifted to safe areas with the help of canoes. These villages also faced problems with supply of drinking water and electricity supply. Several vehicles also got blocked and damaged in the floods.

Life paralyzed with overflowing Khandepar River turning National Highway into  a water stream instead at Khandepar. Commuters on NH remained got stranded for the entire day at both ends of road till late evening. Traffic police stopped traffic on old bridge. Heavy vehicles including passenger buses, loaded truck proceeding towards Belgaum from Ponda and those coming towards Ponda were stopped. 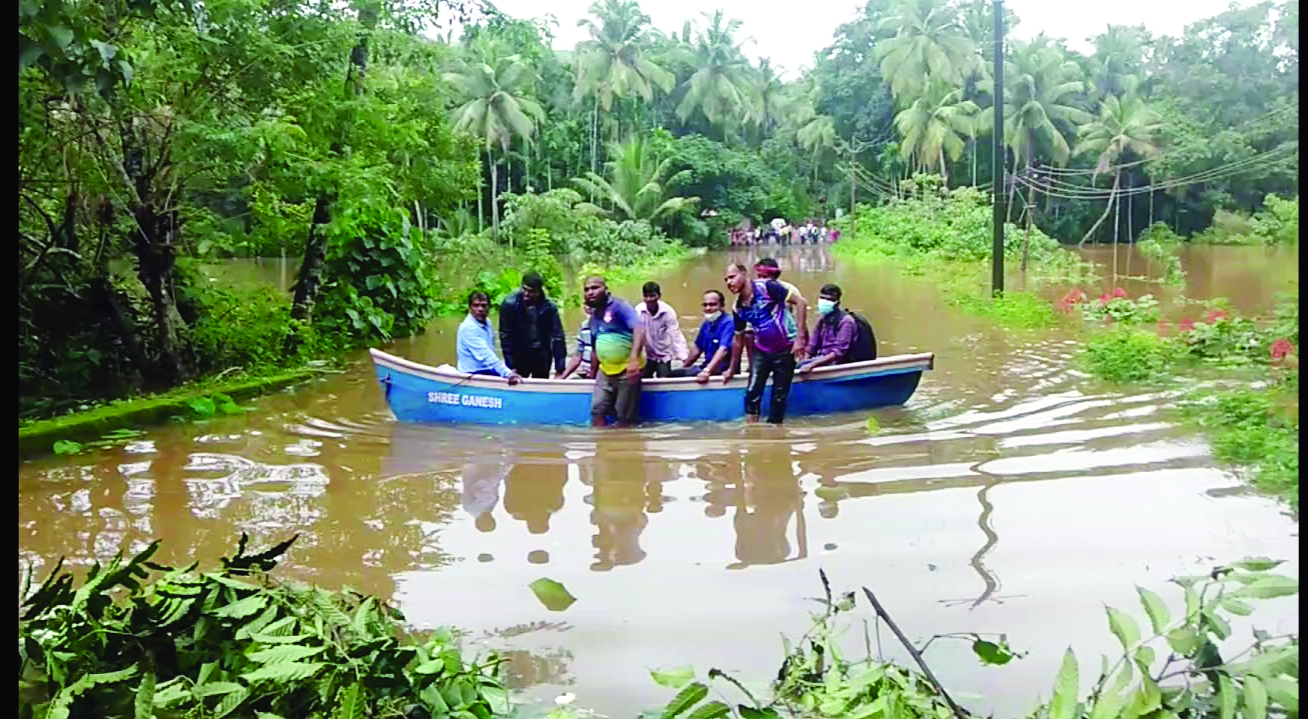 Owing to the overflowing Mhadei River, Ragada River and other tributaries of Mhadei River every village of Sattari was inundated with water that submerged many houses.

The villages and houses along the bank of Mhadei River were fully under water. The Mhadei River water also entered Velus, Sonal, Khadaki, Ganjem, Savarde, Valpoi town, and many other villages. Many houses of poor people have completely collapsed in the flood. 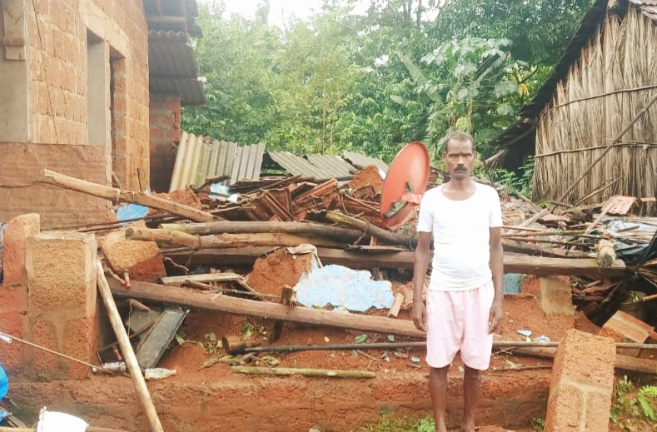 Heavy rain led to flood ghar region submerging houses and authorities wasted no time to rescue 32 stranded persons in Harvalem Sanquelim. In Sanquelim the Walvanti breached the bank and entered the market. The road leading to the market was underwater. The authorities started both the pumps to throw out the water from the market back into the river. There was flood like situation at Datta temple ground, Vathareshwar Devasthan and Supachi pud. Electricity was hampered as the transformer came into the grip of rising water. Water also entered into Bhumika Devasthan in Sal. 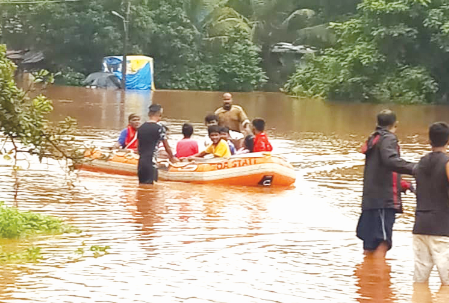 Paroda village submerged for the second time in last four days following the continual heavy rainfall in last 15 days. The Khuswati River swelled and too the village under its spell. Same at Dhadem village where near Mirabhag Bridge , some mining trucks and Ganapati Visarjan place shade submerged under water. 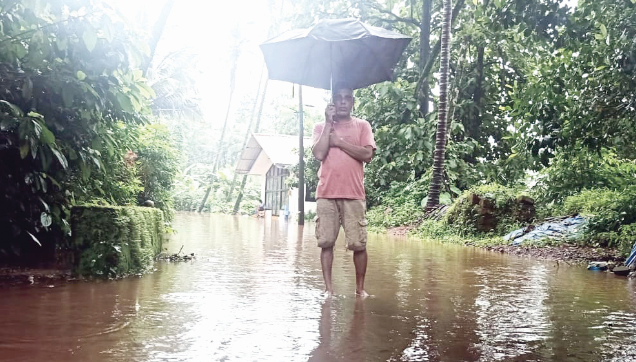 The monsoon rains damages agricultural plantations sights along with the electrical installations at the farms which included water pumps. A large number of vehicles which were parked outside the houses also came under water at Dando, Tarimol and Orcotto in the Sanguem Municipal area.  Eight houses, three each at Uguem and Tarimol and two at Mirabhag Sanvordem submerged under water. A total number of 84 people were evacuated to safety after as many as 18 houses were reported to have come under the wraps of flood waters. Kalay village suffered power cut. At Ambdoi and Taripanto ward all the raods and the two bridges which connect the villagers to the town area remained under water till afternoon.