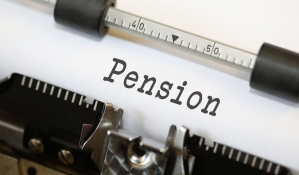 MARGAO: The Goan Seamen Association of India (GSAI) on Saturday resolved to demand with the government to make the Seafarers Welfare Pension Scheme permanent.

The GSAI will also request and follow up for an extension of Provident Fund, gratuity and pension for the seafarers on the passenger ships.

During the annual general meeting of the association, which was largely attended by the seafarers and chaired by Frank Viegas, Michael Benny Da Costa and others flayed the government for the long wait that the seafarers faced for the release of Seafarers Welfare Pension.

“The scheme was started through the NRI Commission by former Chief Minister late Manohar Parrikar. This scheme had an expiry period of five years which we did not know resulting the scheme being stopped,” informed Viegas.

“After 2019 we have struggled to start the scheme but still the government has not started. The Chief Minister said that he will resolve the issue but now for last three months it is yet to be started. NRI Commissioner has informed that the file has been passed but the order has not been issued. We want this scheme to remain permanent and this is the demand of all the seafarers,” mentioned Viegas.

Viegas informed the members that the association has set a ceiling for the income limit to Rs 1.20 lakh for availing of the scheme.

But the seafarers want the income limit to be increased. “We have protested on the roads taking a risk but there was no discussion held with the seafarers and all the line departments before drawing the order,” said the GSAI.

The GSAI also said that there is no discussion on whether the arrears will be given or not. The meeting criticised that not one MLA or Minister is speaking and pressurising the government to commence the scheme for seafarers.

“There are Cabinet meetings happening but they are not raising it. We had asked for recognition which the late Manohar Parrikar government gave. Now we are asking for the scheme to be made permanent and not to finalise the nitty-gritty before taking us into consideration,” said the seafarers.

The meeting also resolved and the Managing Committee assured that they will urge the Director-General Shipping and Shipping Minister to implement Seafarers Provident Fund, gratuity, and pension for the passenger ships’ seafarers too.