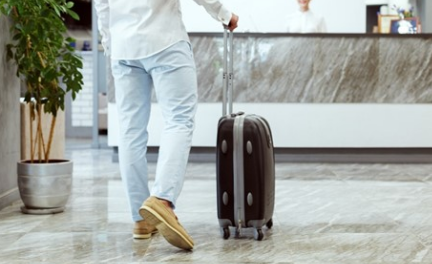 PANJIM: The Goa State Commission for Protection of Child Rights (GSCPCR) has asked the Department of Tourism to direct operators of accommodation facilities to report to law enforcing authorities about suspicious check-ins of juveniles.

A written communiqué to the department comes in the wake of an incident wherein a 13-year-old, who escaped from his Mumbai home, was found to be living in a guest house at Calangute that allowed the check-in in contravention to the Goa Children’s Act (GCA).

“In current times, most travellers and tourists in Goa prefer to stay in rented premises, thus making it difficult for the authorities to keep a check on the travellers travelling with the children not related to them and exploiting them. In some cases, the owners of such facilities are found to be indifferent and do not care about the tourists travelling with children.

Travel and tourism actors such as accommodation providers often become, inadvertently or not, intermediaries in the commission of these offences and should play a proactive role in preventing and combating such incidents, especially sexual exploitation of children,” reads an extract of the letter to Tourism Director.

“Therefore, you are requested to direct all guest houses to report such incidents to the child protection system or to law enforcement agencies and also establish a system to prevent such incidents in near future,” said Chairman Peter Borges.

The Commission has also written to Goa Police seeking action against the guest house operator for allowing the juvenile and his friend without following the law.

Borges cited that alleged accused has violated Section 8 (10) (b) Section 8 (10) (b) of the GCA. As per the Act, no child is allowed to enter any room of any hotel or establishment which provides boarding or lodging or any similar facility unless the child is registered as staying in that room with family, relatives or person related by blood.

The minor boy and his friend had allegedly taken this step to start a business in Goa. Mumbai police contacted their counterparts in Goa as the children were suspected to have come to Goa.