Tells HC it is prerogative of govt; Contends it has to hold polls even if DMA does wrong; AG opines judiciary should not interfere as polls are imminent 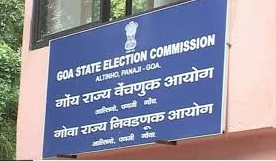 PANJIM: Goa State Election Commission (GSEC) on Wednesday submitted to the High Court of Bombay at Goa that reservation of municipal wards is a “prerogative” of the State.

As the court reserved orders on concluding the hearing in 11 petitions challenging the reservation and delimitation of wards, the government – represented by Advocate General D Pangam – during the hearing contended that the judiciary should not interfere in the election process at this time citing that polls are imminent.

GSEC, on Tuesday had admitted to the court that reservation for women in the municipal wards is not in accordance with the mandate of the Indian Constitution based on which the bench asked the Commission to reply by the following day whether it will ask the government to correct the discrepancy.

GSEC in its submission stated that it cannot ask the government to rectify the discrepancies either for reservations or delimitation of wards. “It is the prerogative of the State government, we have to go ahead with the election even if Directorate of Municipal Administration does wrong in reservation and delimitation,” GSEC representative S Joshi said.

AG Pangam, on the other hand, contended that the court does have the authority to order judicial review into the reservation notification but also opined to not intervene as the ensuing election is imminent. He also cited the Supreme Court’s judgments supporting his contention.

The high court, on Monday had pulled up GSEC for declaring municipal council polls despite petitions challenging the election process are before the judiciary. The Commission then assured the court that arguments on the petitions will be held on merits and they will not take the defence that the election dates have been announced.

Meanwhile, another petition has been filed before the high court challenging reservation in the Corporation of City of Panaji (CCP).