Gambling still on, you can bet on it 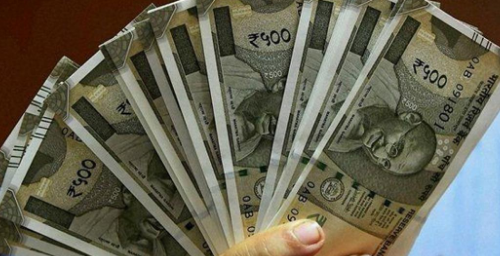 PANJIM: Has the closure of casinos prompted gamblers to switch to other forms of gambling in Goa?

This could be answered in the affirmative based on recent raids and the arrest of 42 travellers from a Calangute hotel on Sunday. Rs 10 lakh in cash, 57 mobile phones and two swipe machines were recovered from their possession, a clear indication that they came to Goa not for a holiday but to gamble.

After the abrupt suspension of ‘matka business’ due to the pan-India lockdown in March, the illegal activity resumed operations a few weeks later. However, since casinos continue to remain shut, sources said, casino gamblers are also taking to matka.

“A large number of those caught in police raids are habitual gamblers. Since casinos are not operational, gamblers are trying their luck on matka gambling,” a bookie, on anonymity, said.

Two of those 42 persons from Delhi, Maharashtra and Gujarat, caught playing teen patti are advocates by profession, while a majority are businessmen. Sources told Herald that they had come to Goa to play matka. “Their stay at the hotel was booked for three days from September 11. Two residents of Porvorim, who have been living in Goa for some years, had arranged the illegal activity in the hotel rooms,” a police official said.

Although the accused were immediately bailed out, police are probing whether they were previously involved in gambling or visited the casinos before the closure in March.

North Goa SP Utkrisht Prasoon, on being asked about the involvement of non-Goans in the illegal activity, said they have to “inquire and investigate the records”. 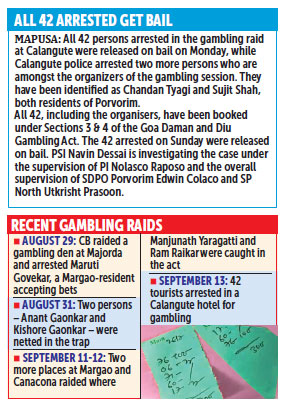 In the last few weeks, local police and Crime Branch have cracked down on matka dens and made a few arrests including that of locals.

Gambling resumed even before the unlock plan of the Central government and the activity slowly began to resume. It was in July that eight persons at Maulinguem were arrested.

A source said that persons addicted to gambling are travelling to remote places where the activity is clandestinely taking place. “No casinos and no fairs, due to which some locals are travelling to different hidden dens within the State. Maulinguem is one example wherein a Saligao man was caught in the raid. Habitual gamblers are managing to locate hidden dens to lay bets,” the source said, urging police to launch a drive clamping down on such hideouts.