The gang was armed with deadly weapons like iron rods, wooden batons and stones 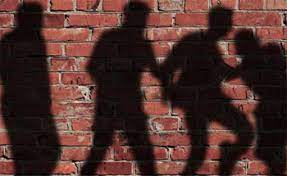 MARGAO: A Borim resident and his staff were allegedly waylaid by a gang of six people and assaulted with weapons, while they were travelling in Loutolim.

Nilesh Naik, the complainant, told the police that he was proceeding from Vaxem in Loutolim in a tempo, along with his staff, when six people on two-wheelers chased them down and made them stop the vehicle. The gang was armed with deadly weapons like iron rods, wooden batons and stones, and began to rain blows on Naik and the others, leaving them bleeding with serious injuries, police said.

The Maina-Curtorim police have registered the offence under Section 341,324,504 and 506, read with 149, of the IPC, against six unknown persons.

The driver of the tempo Sudesh Borker and Naik’s staff Shiv Kumar, Hazrat Ali and Pradeep sustained injuries during the attack. The attackers allegedly also threatened the group with dire consequences and verbally abused them, the complaint said. The vehicle was also damaged in the attack, said police sources.