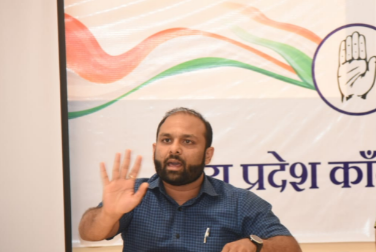 PANJIM: The Goa Pradesh Congress Committee (GPCC) on Thursday said that the Bharatiya Janata Party (BJP) has always failed to bring its election manifesto in reality and every promise has turned into `Jumla’ every time. GPCC general secretary Sunil Kawthankar requested BJP not to release manifesto but release ‘Moneyfesto’ so the people come to know how much corruption has taken place in their regime.

Scanned the last manifesto of the BJP, Kawthankar said, “Most importantly BJP and the Minister failed to make progress in the art and culture area. Ravindra Bhavans announced in many talukas are pending. Despite spending on COVID-19 management, BJP spent money on Kala Academy renovation, that too without tendering the work. BJP failed to encourage local artistes and promote art and cultural tourism in Goa.’

“Goa is on the world map. But the BJP government failed to ensure the development and promote tourism. It failed to generate employment, however it sold the jobs. Allegations are leveled by BJP’s own MLAs,” he said.

Kawthankar said that BJP should tell the people of Goa before going for election as to why they failed to bring their manifesto in reality despite having a double engine government.