Goa CM is corrupt, he was retained, I was removed: Satya Pal Malik 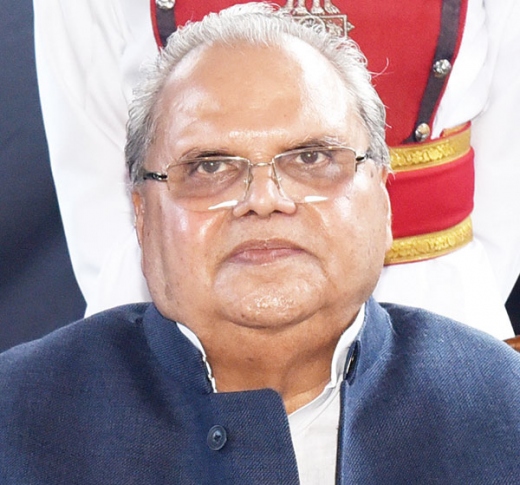 PANJIM: In an explosive interview that is bound to create ripples in the corridors of power, the current Governor of Meghalaya, Satya Pal Malik, has hit out at the Goa government and the BJP on many contentious issues.

Speaking to India Today’s Rajdeep Sardesai, Malik, the Meghalaya Governor, took on his own party on the issue of corruption. Launching a direct attack on Goa’s Chief Minister Dr Pramod Sawant, Malik stressed that he stands by every comment he has made about the State Government’s mishandling of Covid.

“There was corruption in everything the Goa government did. Its plan on door-to-door distribution of ration during Covid was impossible. It was done on the insistence of a company that paid money… I was asked by people, including those in opposition, to investigate the matter. I probed the matter and informed the Prime Minister… The PM asked the same people who were behind the plan about the allegation. It’s obvious those involved will not accept what they did. In the end, I was removed and the CM was retained,” Malik said in the interview.

Malik was transferred from Goa soon after he made these allegations. On being probed about his souring relationship with the Goa CM, Malik clarified, “I did not create a ruckus in Goa. I counselled the CM, even supported him. There is an area near the Goa airport through where trucks were passing. I asked the government to stop them as Covid could spread. The government didn’t, and then Covid spread.”

The Prime Minister is against corruption, but has been misguided by what was done in the Goa government. “Chief Minister Sawant wanted to demolish the Raj Bhavan and build another one during financial distress. I was forced to say it is not needed. It's a heritage structure. It was not needed at all.’

Malik’s interview with Sardesai was telecast on Monday night.