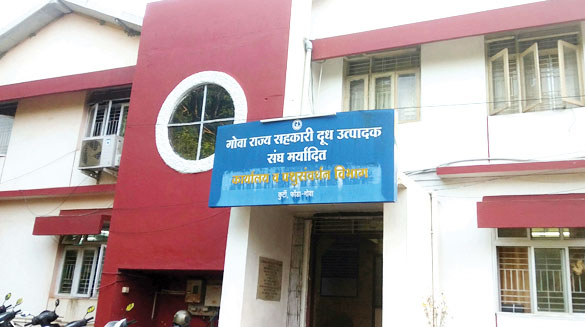 “After lot of hard work and plugging leakages and halting corrupt practices in Goa Dairy, the three-member administrative committee headed by me managed to bring the plant into profit,” said Shirodkar. This included the cattlefeed plant profit, he added.

He also mentioned that out this, Rs 1.5 crore has already been disbursed to farmers as price difference. He said being a son of a farmer he is proud of this achievement.

He further said the Goa Dairy Cattlefeed plant had always faced losses but during his tenure first time in the history of Goa Dairy since last one year the plant had earned profit of Rs 2 crore among the total profit earned for the financial year.

“In past several government officials were appointed as administrators at the Goa Dairy but no one could bring the plant into profit but suffered losses. In earlier year the average loss was Rs 5 to 6 crore,” said Shirodkar.

He said from his experience he feels that only farmers of Goa Dairy could run the affairs of Goa Dairy well. While earning profit of Rs 3.75 crore, Shirodkar said, ‘he never increased milk rates or cattlefeed prices while on other hand provided Rs 80 paise to farmers on their milk supply.’

He, however, alleged that the Government appointed managing Director (MD) is not cooperating and complaints against this have not had any response from the concerned authorities.

Shirodkar said without approval of the Administrative Committee the MD ‘had made the payment of Rs 25 lakh to Bhakti Extraction towards rejected material supplied by it.’

He said the Goa Dairy Milk sale, which was around average 52,000 litre per day on an average in the previous years, was also increased to around 61,000 litres per day. He said he introduced CCTV system all over the plant after he took charge as administrator.

Shirodkar also said “the Annual General Body (AGM) of Goa Dairy, that was scheduled for December 31, could not be held because the MD did not submit documents related to AGM on time and also had not provided the account statement which is essential for calling an AGM.’

“The farmers are confused,” Shirodkar said adding that since the AGM was not held he called a press briefing to inform the farmer about the financial status of the Goa Dairy.

The AGM will now be held in coming days, he said.