At Rs 4,500 in private laboratories, COVID-19 test in Goa is most expensive in country; At government facility, test for travel purposes costs Rs 2,000 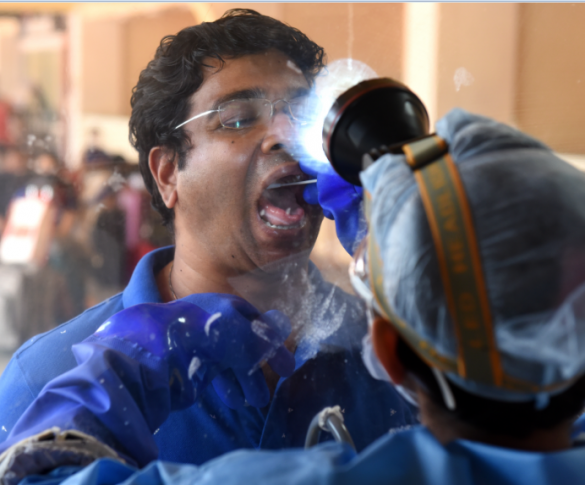 PANJIM: After Delhi, Rajasthan and Gujarat, the Goa government is examining the possibility of capping the rates of RT-PCR diagnostic tests for COVID-19 infection, conducted by private laboratories. Currently, private labs are charging Rs 4,500 per test, while in government hospitals an individual has to shell out Rs 2,000 if the test is for the purpose of travel.

With the Maharashtra government making the RT-PCR test mandatory for those arriving from Goa, the demand for diagnostic tests for travel purpose has seen a sharp increase in the last one week.

Goa Medical College and Hospital (GMC) has stopped conducting the test for those wanting to travel, however, the tests are being done at the North Goa District Hospital and South District Hospital on payment of Rs 2,000. There are very few private labs that offer these tests.

Health Secretary Amit Satija said the government is examining the demands of the people to cap the test rates. “We are looking into the matter,” he said.

A highly-placed official informed Herald that the rates in Goa are the highest in the country. “The private labs in Goa as well as the State government are still going as per Indian Council of Medical Research (ICMR) price cap of Rs 4,500 for the tests. Whereas, ICMR in May asked States to regulate it by negotiating with the private labs,” the official said.

The cost of the RT-PCR test has come under the scrutiny of the Supreme Court, which is hearing a plea seeking directions to cap the cost at Rs 400 across the country. The Apex Court, last week issued a notice to the Centre and States seeking their reply in two weeks.

The source said the rates of testing kits have fallen lately making testing much cheaper than before for the labs. “As per the petitioner in Supreme Court, the kits are available at price of Rs 200,” source said.