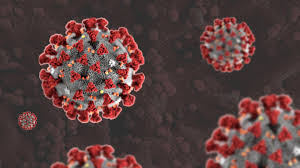 PANJIM: Goa registered its highest single day spike of 95 COVID-19 cases on Thursday taking the overall number of confirmed cases to 1482. As on date there are 744 active cases, 734 have recovered and four persons have died.

The cases continued to show an upward trend in slum areas of Chimbel, Kharewado, Zuarinagar. Isolated cases have been reported in Borim, Shiroda, Mardol and Goa Velha.

Meanwhile, the heartbroken family of the 64-year-old COVID-19 deceased from Taleigao went through an unpleasant ordeal just when the body was to be taken to St Inez crematorium for the final rites on Thursday.

The Corporation of City of Panaji (CCP) had put in place all arrangement to conduct the final rites, which were scheduled at 12 noon. The plan was changed at the last minute in what turned into a major hurdle to give the deceased a dignified farewell.

The ambulance refused to carry the body citing ‘unclear files’ which led to the family members running from pillar-to-post to arrange afresh for the cremation.

“The family had reached the ESI hospital to complete the formalities before taking the body. Minutes later they were informed that the ambulance refused to take the body to St Inez pending clearance from authorities,” a source, who has been closely monitoring the case, told Herald.

The deceased’s children had arrived to conduct the final rites while his wife, being a senior citizen, was advised to stay away.

It was here that some medical professionals and Margao Municipal Council pitched in to help the grieving family. An ambulance was arranged and a private cremation centre was booked at Margao. “The family had to make last minute arrangements to bid farewell to their beloved. It was an unpleasant situation they had to face due to a small issue. They did arrange for the articles required for cremation at their own cost but the question is did they deserve to go through this inconvenience?” the source questioned.

The children carried out the final rites at the Mathagramastha Hindu Sabha crematorium in Margao in the evening and requested the authorities to preserve the ashes for the other rituals.

CCP was also caught unaware about the change in plan. “We were ready with all arrangements as we were told the body will be brought at 12 pm. But just then South Collector called to inform that the cremation will be done in Margao. We do not know the reason but we agreed to what was conveyed to us,” City Mayor Uday Madkaikar said.