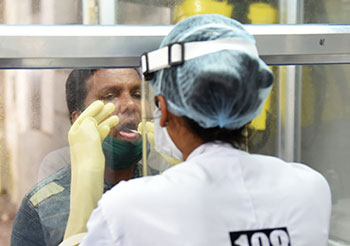 PANJIM: The State on Friday started full-fledged antigen tests at the district and sub-district hospitals as around 20,000 kits arrived on Thursday.

Addressing the media to update on the COVID-19 status in Goa, Health Secretary Nila Mohanan said that the tests have begun at the two district hospitals at Hospicio in Margao and Azilo at Mapusa, while sub-district hospitals in Ponda and Chicalim have also commenced the tests.

The government had last month announced carrying out the tests on travellers entering Goa. On day 1, passengers of two flights had undergone the tests which had later been expanded to all flights from day 3.

Mohanan said that from 1,000 supply of kits, which had been sought as a part of trial, the government has received 20,000 additional kits on Thursday.

The State reported 209 new COVID-19 cases on Friday as active cases rose to 1657.  Two deaths were recorded on Friday taking the deaths of COVID-19 patients to 45.

A 73-year-old woman from Margao, with co-morbid conditions who had tested positive for COVID-19 died at GMC, whereas a 49-year-old man from Querim, Sattari died at COVID-19 Hospital. A day earlier on Thursday, four deaths had been reported.

As per the Health Bulletin, 206 patients were declared cured on Friday, while 54 persons are under hospital isolation and 39 travellers are in facility quarantine, while 63 others have been quarantined at various residencies and hotels.

Meanwhile, on the SOPs for home isolation of asymptomatic patients, the Health Secretary revealed that the District Collectors in the North and South Goa have received 190 applications of which 24 were rejected while around 20 applications are pending a decision. 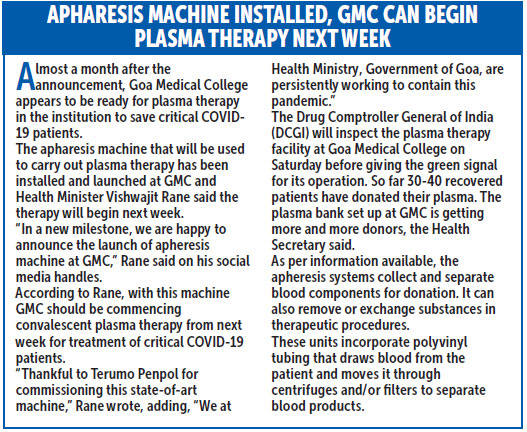