Says all COVID-19 patients recovering well; Lashes out at Opposition for attempts to create rift between him and CM 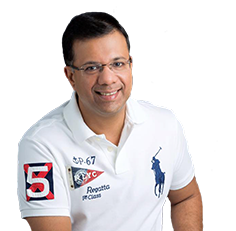 PANJIM: Health Minister Vishwajit Rane on Tuesday said that Goa will bounce back to its earlier position of reporting zero cases. Addressing the media at the BJP head office on Tuesday, Rane assured that no COVID-19 patients are on ventilator and all are recovering well.

“At present, there are 46 active cases and all of them are recovering. Goa will bounce back to its earlier stage. We have best the health infrastructure in place and our team is adopting the best practices for treating the patients,” he said.

The minister, to a media question, denied that Goa was entering the Red Zone. “Goa cannot remain insulated from the rising cases of COVID-19 in the country,” he added.

After recovery of seven COVID-19 cases reported in March-April, Goa was declared a Green Zone. However, since the travel restrictions were relaxed, the State has been recording an increasing number of cases, which are being termed as ‘imported cases’.

Rane also came down heavily on the Opposition as he reacted to a situation being created that portrays a rift between Chief Minister Pramod Sawant and himself. “The Opposition MLAs are busy misguiding the people although our government is leaving no stone unturned to control the spread of COVID-19. Their criticism is out of frustration as they have no issue. It is only detrimental to the State and the people. Instead all the 40 MLAs should join hands to fight back COVID-19,” he said.

The minister’s statement comes in the wake of speculation that all is not well between the CM and Rane over SOPs for domestic and international travellers. Rane said that all the SOPs are in place and evolving constantly. “We will strengthen the SOPs in future,” he said, adding that they have a team of experts, including doctors on board to guide the government on the issue.

“Those who are speaking on the SOPs are not experts. They are doing to create a rift between me and the CM; and those criticising us should revisit their past. The administration is working well and we are handling the crisis under the guidance of the CM. We should be united and give positive suggestions rather than indulging in creating differences within the government,” he said, as he hinted at the Opposition MLAs meeting with the Chief Secretary appealing to revert and rationalise the “discriminatory SOPs”.

He emphasised that several passengers had cancelled their tickets as they did not have COVID-19 negative certificates, which have been made mandatory by the government to enter Goa. “The COVID-19 negative certificate is valid for 24-48 hours and it creates a sense of security that the person is negative while flying. There is lesser number of footfalls compared to the anticipated figures,” he added.