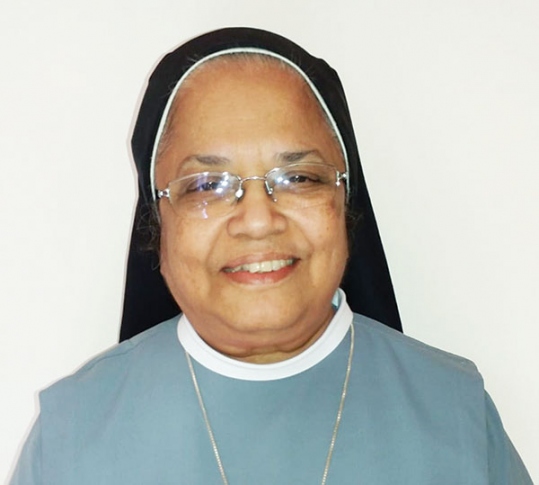 PANJIM: A nun from Goa has gained global recognition after she became the new head of the Ursulines of Mary Immaculate (UMI). Sr Vandana Fernandes, of the Congregation of the UMI, was elected Superior General during the 66th General Chapter of the congregation being held at Rome. The UMI congregation renders service in Italy, India, Ireland, England, Africa and Brazil. 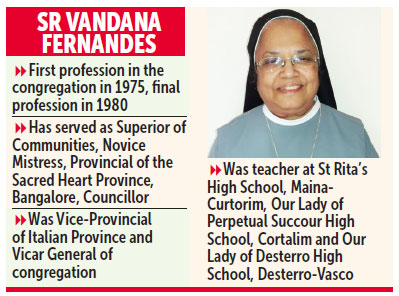 When Herald contacted her and congratulated her, she mentioned that the Chapter is still underway and will culminate on October 9. The response this news has received in Goa with a large number of Catholics as well priests and nuns praying for her and praising her was also conveyed to Sr Vandana.

Sr Vandana is 68 years old and hails from Vasco. She is the daughter of Francis Xavier Fernandes and Carmelina Mauricia E Fernandes. Her sister, Sr Juliana Fernandes is a nun in the same congregation.