Goans must get jobs in film shootings: GFTAAW 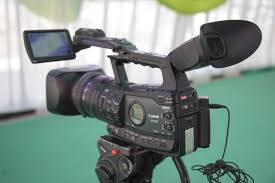 PANJIM: Goa Film, TV Artistes and Allied Workers Forum (GFTAAW) has taken a very serious note of the fact that the Goan youth, artists and film workers (like makeup artists, spot boys, technicians, etc) are not given proper representation and jobs in film shoots happening in the State.

Speaking about the problem, Flynn Remedios of GFTAAW said, “In the last one month, two major shoots have taken place in Goa -- the first was Ram Gopal Varma’s film project and the second one -- the Karan Johar -- Dharma Productions film starring Deepika Padukone and directed by Shakun Batra. In both these projects it was reported that even 'junior artistes' and other film industry workers like lightmen, technicians, spot boys, makeup artists, even catering staff, etc were brought in from Mumbai. Other States like Uttar Pradesh have rules wherein for any shooting taking place in the State, all Grade 3 and Grade 4 staff has to be selected from within the State only, thus providing employment to the locals.”

“In Goa, the production houses have an easy excuse -- Goan film staff and workers do not have association cards like that of CINTAA etc. and hence it’s not possible to employ them. We demand that the State government makes it mandatory that film-makers shooting in the State should hire technicians, junior artistes, spot boys, drivers, set-workers, makeup and hair professionals etc from the State itself and should not import them from Mumbai," he added.

“Goan youth are jobless. Goan artists and film industry workers do not have a source of income. And we are importing people from Mumbai to work in the State, which is deplorable,” Remedios opined.

The GFTAAW has said that its members will agitate and not allow film shoots to take place in Goa if the production houses do not employ local Goan youth. In Mumbai, the Shiv Sena Film Workers Union and the Maharashtra Navnirman Sena (MNS) Union does not allow shoots if locals are not employed.

“We are going to do the same in Goa from now on,” Remedios asserted, adding that we do not intend to disrupt shoots or send a wrong message to Bollywood, but film-makers, production houses, EPs and line-producers must understand that Goan youth must be given employment in film shoots taking place in the State. Everyone, including Goan youth have a right to earn a livelihood and not just workers residing in Mumbai.