Social activists, environmentalists and commoners come down heavily on the government at a meeting on the Act 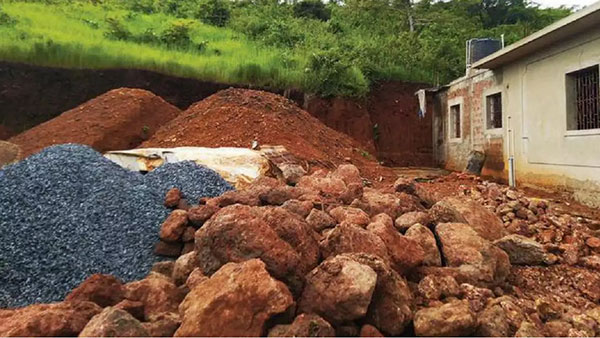 MARGAO: Coming down heavily on the government, people of Goa under the banner “Goyche Fuddle Pillge Khatir” on Saturday resolved to go to any extent to oppose the amended Goa Land Development and Building Construction Regulations Act, as they were not in the interest of Goans.

There was a single point demand to scrap and discard amendments at the public awareness meeting held at Grace Church hall, Margao.

Several social activists, environmentalists, and general public who gathered in large numbers, warned to come on the street if the above amendments are not scrapped immediately.

Speakers Claude Alvares, Abhijit Prabhudesai, Prof Elsa Fernandes and Seby Rodrigues appealed to all Goans to be serious on the issue and to fight tooth and nail against the draft regulations. They charged the Town and Country Planning (TCP) Department for failing to plan in the interest of Goa and Goans and demanded to scrap the department itself.

“Everything has become zero after the joining of eight Congress MLAs to the BJP pertaining to all the committees and reports prepared to study the land use map and its misuse,” claimed Alvares. He said time has come to take to the streets to ensure that the government rejects all the amendments. 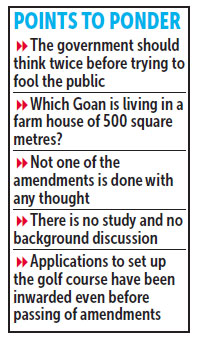 Alvares alleged that amendment to the Goa Land Development and Construction Building Regulation Act has been brought only to benefit those who want to do certain things in Goa. “They want golf courses to be created, farm houses to be constructed like Delhi style. Which Goan is living in a farm house of 500 square metres? Those who want to build farmhouses are not interested in farms but in destroying the farms in Goa. Not one of the amendments is done with any thought. There is no study and no background discussion”, he said.

Alleging further, he said these regulations are created for them and not for the whole of Goa, but designed to assist certain people who have certain problems with their lands as far as the Regional Plan is concerned. These amendments are not at all meant for the general public. There will be no single Goan who will benefit from any of these changes. That is the reason a whole of Goa is objecting to these amendments. There is no single voice to come out in favour of the amendments, except Ministers and not even the architect association, he said.

Abhijit Prabhudesai said these regulations are meant only to destroy Goa. it is time to protest the amendments at a higher level, but in a peaceful manner. People are supreme and people’s power will prevail, he stated.

Architect Elsa Fernandes in her detailed presentation explained about the amendments done by the TCP.