Claims itself to be strong alternative 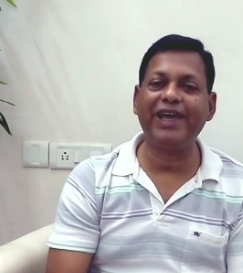 VASCO: Goencho Avaaz Party (GAP) said that with public debt rising alarmingly and becoming a source of tremendous concern, it is apparent that the BJP government is out to extract every penny they can, by squeezing the people for every last drop.

The party also condemned the unprecedented destruction that Goa is presently witnessing and its rapid downward descent, under the watch of Chief Minister Pramod Sawant.

GAP convenor captain Viriato Fernandes said, “On every front, CM Sawant has failed Goa. Our economy is in tatters with unemployment skyrocketing to 20.6%, whilst Goa’s GDP growth rate trails way below the national figure. Time and again, Sawant’s government keeps proving that it is anti-people. I urge the people of Goa to create their own ‘achhe din’  by utilising their vote judiciously at next year’s polls to elect a government that is both worthy and competent enough to provide good governance.’’

Fernandes said that Goans are feeling the pinch, as the cost of living has become expensive due to the mismanagement of a government.  “With the people struggling to cope with exorbitant fuel and grocery prices, how could the government strain household finances and budgets further by hiking the LPG cylinder price for the second time in less than two weeks? Why the government is tone-deaf to the suffering and hardships endured by Goa’s poor and middle class demographic?” he queried,” said Fernandes.

GAP president Swapnesh Sherlekar said that the duplicity of the government as elections approach is evident.

It bestowed 16,000 litres of free water upon its citizens and slips in an extra Rs 100 in the bill as an apparent inspection charges and covers itself by imposing heavy taxes on all fronts. He even said that Revenue Minister Jennifer Monserrate too have shown double standard—first expressing grave doubts about the Goa Bhumiputra Adhikarini Bill and later coolly went on to vote in favour of passing the Bill.

“If Sawant’s government had to be evaluated, I am sure that none of them would be able to pass muster,” he said.