SIT to be headed by SP crime; Government says no stone will be left unturned to protect land of Goa 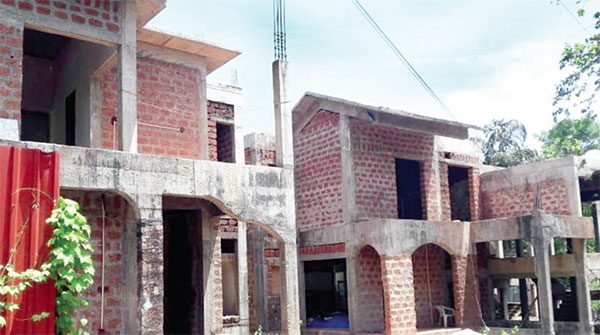 "In a major decision today our government has constituted a Special Investigation Team (SIT) in the State for the first time ever to investigate the matters of illegal land grabbing/transfer. Goa being one of the most sought-after destinations has been the target of such criminals involved in illegal land grabbing. We will leave no stone unturned to protect the land of Goa and the interest of Goans," reads a statement by the Goa government.

"We have come across some cases of such illegal land transfers, hence we have constituted the team to take swift action in such matters. I appeal to the people to come forward and approach the SIT to report on illegal land grabbing/transfer cases," it says further.

The SIT will be under the direct control and supervision of SP (Crime Branch) and will investigate and enquire into various complaints/FIR regarding illegal land transferred/ land grabbing by way of forged documents..

The order was issued by Under Secretary (Home) Girish Sawant on Wednesday.

It can be recalled that from last more than 15 days, Herald has been highlighting the issue of alleged land grabs, especially on the coastal belt of Anjuna, where in the last few months, the cases of land grabs are on the rise, especially in the jurisdiction of Bardez taluka.

In most cases land mostly owned by the Niz Goenkars is being transferred or sold using fake documents by different groups of people. Most of these cases are reported in Anjuna, Assagao, Siolim, Aldona, and Porvorim areas.

In most of these cases, it is found that sale deeds are signed either after the person is dead or making a living person dead. In some cases, sale deeds are found signed by persons who are not even born. These cases are not only haunting the owners who have now found out that their names are already deleted from Forms I and XIV, but also the people who are genuine sellers or buyers.

Most of the sale deeds are inserted in the books of archives during the time of the pandemic i.e since January 2021 and all these inserted deeds are not registered with the Archives Department.

Branca Cassiana Diniz alias Branca Rodrigues is one of the names highlighted in most of the sale deeds. She died on January 30, 2022 however even after her death, almost five sale deeds are found to be signed by her.

There are more than 70 to 100 such cases that have come to the notice and out of these cases, almost 50  cases are detected in the Anjuna and Assagao areas.

As per sources, till last year, around 128 cases of land scams were registered in the 10 years out of which again, more than half of the cases were reported in Porvorim and Mapusa.