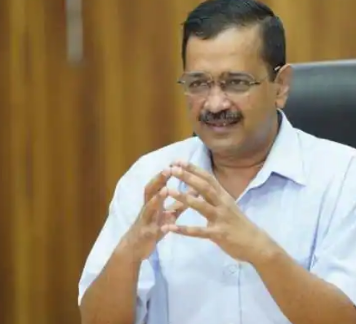 PANJIM: If one thought that the election promise of free pilgrimage declared by Delhi Chief Minister and national convener of Aam Aadmi Party (AAP) Arvind Kejriwal is new to Goa, the answer is No. The very BJP government under late Manohar Parrikar had introduced and implemented “pilgrimage tour scheme” in 2012-13 wherein subsidy to citizens going for darshan trips to religious centres was offered.

A considerable number of pilgrims took advantage of the scheme until it was withdrawn around 2-3 years ago. The scheme needed the organizers to bear expenses of the tour and then apply with the government for reimbursement.

The Kadamba Transport Corporation Limited was roped in to ply the pilgrims to religious places such as Shirdi, Vailankanni, Ajmer and Tirupati.

“A maximum of 40 individuals from each constituency was allowed to avail the scheme. The concerned organiser had to bear the expense and thereafter apply for reimbursement by submitting the receipt,” said KTCL Managing Director Derrick Pereira Neto.

The scheme was a hit even as the Opposition criticised the then BJP government for using money from the State exchequer.

Incidentally, instances of certain politicians sending people on pilgrimage tours have been like a ritual followed every pre-election time.

AAP’s promise on sending people to religious centres free of cost—subject to winning the polls—has led to a debate. Chief Minister of Goa Dr Pramod Sawant, who called Kejriwal a “copy master”, claimed he had announced free pilgrimage in the State budget and that the scheme has been notified as well.

Sources told Herald that CM’s promise of pilgrimage scheme for senior citizens is expected to come into force before the election code. The KTCL is in the process of drafting the scheme, which is expected to be submitted to the government in the first week of December for approval.

“All the expenses will be borne by the government. Details of the draft are being worked out. The identification of religious centres and arrangement of food/drinks will be the domain of KTCL while the Social Welfare Department will be the nodal agency for implementation. We will provide transport service once the scheme is notified,” Neto said.

Information shared by the Corporation states that it started Ashtavinayak Tour on November 18, 2019 and Tirupati Balaji Tour from July 2018. M/s Seabird Travel, that is an empanelled travel agency to conduct Tirupati Balaji tour, also conducts daily Balaji Darshan Tour which was stopped in Covid-19 Pandemic from March 2020 to January 2021.

GTDC has conducted 10 trips of Ashtavinayak Tour up to February 2020 after which it was stalled due to the pandemic whereas the Tirupati tour resumed on June 2021.