Govt has no intention to start mining: GMPF

Says government fooling people for political reasons; Says CM should come clear on what is being done to restart mining 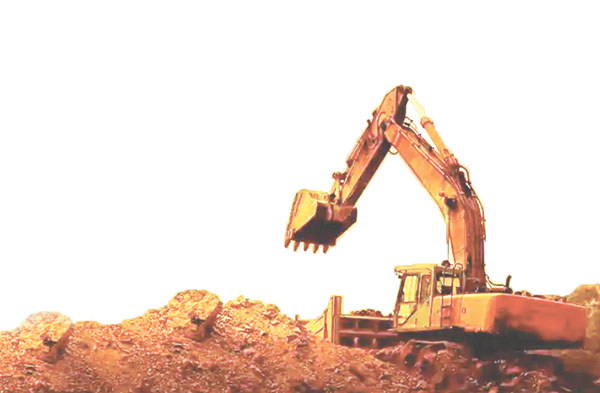 GMPF leader Puti Gaonkar, reacting to the Supreme Court dismissal of the review petition filed by the Goa Government that set aside the renewals granted to 88 mining leases, said the government is whiling away the time and fooling the people as they want to win the Assembly elections due in February 2022.

"It appears that they are waiting for mining dependents to suffer and opt out of this business as probably the government wants mining in Goa grabbed by big companies. The present policies of the government appear to favour big corporates to exploit the 'aam admi'," he said.

"Why is it taking three years to form a mining corporation, and who had stopped them?" he asked.

He questioned why the mineral funds deposited are being diverted for Covid and other purposes and not for providing financial relief to workers retrenched from mining firms, truck owners and mining dependents who are suffering due to loss of jobs. "This fund is only meant for them and can't be diverted," Goankar added. 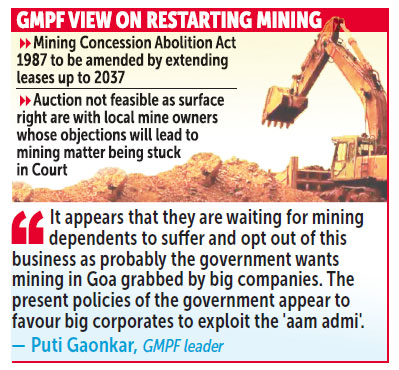 He said, "From day one when the government filed the review petition, I said that it would be dismissed in court and that the government is just trying to fool the people".

He said that if the government wished to start mining it could have done so earlier. “We had suggested two options for early resumption of mining – either the government takes decision to restart mining by amendment to Act or extend leases up to 2037.”

He said, that despite the State and Central Governments being of the BJP the decision on mining has been delayed. "They have no intention of restarting mining. Our CM should stop blaming the past governments, instead he should tell us what his government will do for an early start of mining. It should start at the earliest in any form – either by auctioning leases or forming a Corporation," he said.

GMPF had suggested amendment to the Mining Concession Abolition Act 1987 by extending the leases up to 2037 for an immediate start of mining. "Why is the government  not making efforts to dispose the three petitions filed in 1998 including one by Mahadev Salgaonkar in SC for extention of leases to 2037, besides two other petitions including one by Vedanta which are pending. Let SC decide with whom the mining leases right rest in Goa."

He said, GMPF has filed an intervention application seeking early hearing in one of the above petitions.

"These petitions came for hearing several times but were postponed. Why is the Central Government making no efforts and following up by asking the Court to dispose these pending petitions as the livelihood of three lakh mining dependents rests on this?" Gaonkar questioned.

"Our CM should tell what he is doing for immediate restart of mining instead of blaming the previous government. Even SC order had not stopped mining in Goa. It had asked to start the process for fresh mining leases in Goa. But both the BJP governments – State and Centre – are delaying it," he added.

He said, "Even if the Government forms a Corporation the government has money to purchase the leases. In case of auction it is not feasible as surface right are with local mine owners and they object, leading to the mining matter being stuck in Court for at least ten years. Hence GMPF from the beginning had suggested to extend leases to 2037 for early resumption of mining," Goankar said.