Govt out to finish off beach shack operators: TSOA president 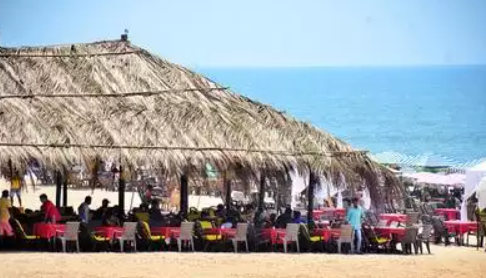 CALANGUTE: The State government is out to finish off beach shack operators, according to Manuel Cardozo, president of the Traditional Shacks Owners Association (TSOA), “with the recent hike in licence fees being the latest attempt”.

“The government is not bothered about economically backward people making their livelihood from shacks. For some time now, they’re trying to throw away shack operators. And they will do this by making constant problems for shack operators so that they abandon their shacks and then they will bring people from Delhi to put up their shacks,” he claimed.

Cardozo said that despite shack owners being aggrieved over the massive hike in fees this season, the government failed to take their sentiments into consideration and reduced the fees only marginally. Because of the COVID-19 pandemic situation in the last two seasons, beach shacks which largely had poor business, had asked the government to give a year’s extension in the licence and also reduce the fees as was done in the last season.

“Instead of giving relief in fees, they’ve increased the fees which were Rs 85,000 to Rs 2,37,000. We had asked for one year extension on grounds that for three years there has been poor business. In effect they’re recovering the fees of the past three years,” Cardozo, who operates a shack in Calangute said.

Shack operators pointed out that the process of obtaining the shack licence has also been made difficult after being shifted online, with each department insisting on an NOC from other departments before issuing their licences.