Comments sought from stakeholders by Sept 3; Goa has 695 such leases; Various other measures proposed 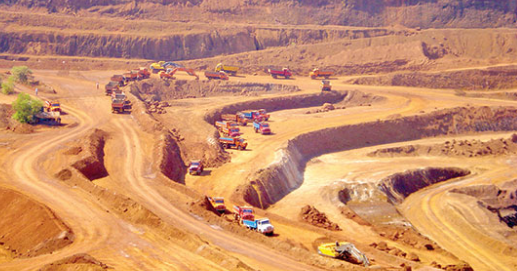 PANJIM: In a major mining reform, the Union Ministry of Mines has proposed to amend the contentious provisions of section 10A(2)(b) and 10A (2)(C) of the Mines and Minerals (Development and Regulation) Act, to pave the way for auctioning of potential leases stuck in legacy issues. Goa has around 695 such leases.

The Union Mines Ministry has come out with a slew of reforms proposals with necessary amendments to the MMDR Act. The Ministry has sought comments from the stakeholders on these proposals till September 3.

“At present a large number of potential leases are blocked in legacy cases. These can neither be granted because the time period to grant them is already over, nor can they be brought to auction because of legal impasse. These cases coming under section 10A (2)(c) of the Act which stood extinguished in January 12, 2017, as per the law, but are still litigated or pursued unnecessarily at various levels, need to be brought to a closure to end the policy stalemate,” the ministry said in its proposal.

The cases coming under Section 10A (2)(b) of the Act are still disputed in the absence of a specific sun set clause in the Act, and they have not reached closure till date. Section 7 of the MMDR Act provides for maximum period of five years for completing the prospecting operations. These amendments came into effect on January 12, 2015, and the maximum period of five year for prospecting has also lapsed on January 12, 2020.

“In both the cases, a large number of potential mineral bearing areas are blocked and are not contributing towards mineral production and employment generation. Since continuing with the existing provisions of 10A(2)(b) and 10A(2)(c) will also cause huge financial loss to the State exchequer, the amendment Bill seeks to amend the existing provision of Section 10(A)(2)(b) and 10A(2)(c), and reallocation of such mineral blocks through transparent method of auction,” the ministry said.

However, it is also proposed for appointment of an authority to decide the value of expenditure incurred for exploration in such legacy cases whose rights will be terminated and to reimburse the exploration expenditure from funds under National Mineral Exploration Trust (NMET).

Among the proposals is one to remove distinction between captive and merchant mines by ensuring that in future all mines are auctioned without any end-use restriction. “Proposal is there to remove the provision of earmark any mine for captive purpose during auction, henceforth, all the blocks will be auctioned without any end use restriction,” it said.

The Ministry proposes to increase the participation of private sector in exploration of the minerals. The proposal aims to bring in private investment for exploration of mineral blocks to bring them up to G-4 level along with government agencies. “This will give major boost to production of minerals in the country by allowing all year round award of blocks through transparent basis,” it added.

There is also a proposal to amend rules to clarify the definition of illegal mining. At present, there is no distinction between illegal mining done outside the leasehold area and mining done in violation of various clearances and approvals inside a mining lease area.

Also, the proposal is to amend the relevant provisions of the MMDR Act for vesting back allocated non-working mines of private companies, which are not made operational within three years to the concerned States for reallocation through auction. This is with regards to large mining blocks with very high quality of resources which are not brought into production for many years resulting in sub-optimal utilisation of valuable national mineral resources.