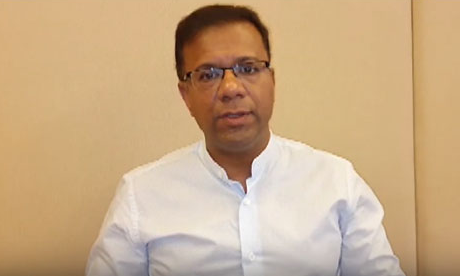 In a note moved to Chief Minister Dr Pramod Sawant, Rane has also recommended tie-up with a private agency   -- Siemens, for seeking assistance for setting up the technology.

In various measures to increase the oxygen capacity, the Health Minister is of the opinion that atleast four oxygen generator plants with a capacity of 100 cylinders each should be set up so that atleast 400-500 cylinders at any given point of time the State can generate oxygen.

The proposal also includes a recommendation for the South Goa District Hospital oxygen tank capacity to be enhanced from 5,000 litres to 10,000 litres, and subsequently to 15,000 litres.

The Health Minister pointing out that at present with only cylinders at the GMC, four tanks of 5,000 litres need to be put in place and work for the same has to start immediately.

Rane informed that the proposal has already been moved to the Secretary Health two-three days back and has urged the Chief Minister to approve the same on priority.

Rane said that improving the State’s oxygen storage and generation capacity will help to prepare better and become self-sufficient.

The State is currently facing severe shortage of oxygen, though; the authorities are not ready to admit it. Several private firms, individuals and concern citizens have extended support and volunteering in making available oxygen cylinders to the COVID-19 patients.

The Health authorities have claimed that so far, there are no deaths in Goa due to non-availability of the oxygen.